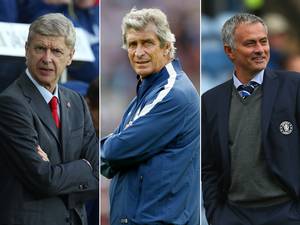 This season we have seen a new Arsenal. The Gunners have shown in several of their games that they have everything that is needed to be an all-conquering side. While their ability to play good football and win pretty was never doubt, this year has revealed a new side to them as well. They have stuck where they have needed to, grinding out wins against the bigger sides while not dominating possession.

Despite all that though, they are 7 points behind leaders Chelsea in the Premier League table, with the Blues also having a game in hand. Jose Mourinho’s men have been in shaky form of late and this has led the Portuguese to state that Arsenal are in the title race.

But hey, who are we kidding? Even though there are a huge number of positives for Arsene Wenger and his men to take away from this season, regarding them genuine title-contenders would be going a bit too far.

Despite all the good points stated above, why are they not challenging for any other trophy other than the FA Cup, then? That is a question that will obviously come to any of the readers’ minds. Ask the Arsenal fans and they will tell you that this is a season that they will remember for some time to come. Alexis Sanchez adding a breath of fresh air to the squad with his world-class talent, Santi Cazorla playing like he’s never played before and of course, a new side to their game which has seen wins away at both Man City and Man United, mean that this is a campaign that has had a lot to savour.

Arsenal problems can be broken down into two factors which have been their downfall in the past as well: lack of consistency and tactical ineptitude from their manager.

Last night, the Gunners put in a gutsy performance to win 2-0 away at Monaco in the Champions League. Despite this, they bowed out of the competition as a result of having lost the first leg at home 3-1. That’s the problem with Arsenal, one that they haven’t been able to overcome in the last few years. Otherwise, with a squad as talented as theirs, it is incredible to think that they have won just two trophies in the last decade.

They have given some promising performances and beaten the best of the best, but have then followed it up with an inexplicably dismal showing against a lesser side.

Second is a possibility, but Chelsea won’t let up at the top

Arsenal are only one point behind Manchester City, whose form has plummeted startlingly over the last couple of months. Overhauling Manuel Pellegrini and clinching an unlikely runners-up spot is certainly a possibility for the Gunners.

But Chelsea, despite being slightly inconsistent of late, need to drop at least 10 points if Arsenal are to have a shot at top spot. We are also assuming that Wenger’s men, whose remaining fixtures include Liverpool, Manchester United and the Blues themselves, don’t let up anywhere. That is indeed an extremely unlikely scenario.

With that said though, Arsenal will hope that they can take forward the renewed promise they have shown this season into the next campaign and couple it with some consistency. Then we can sure talk about them as genuine title contenders.