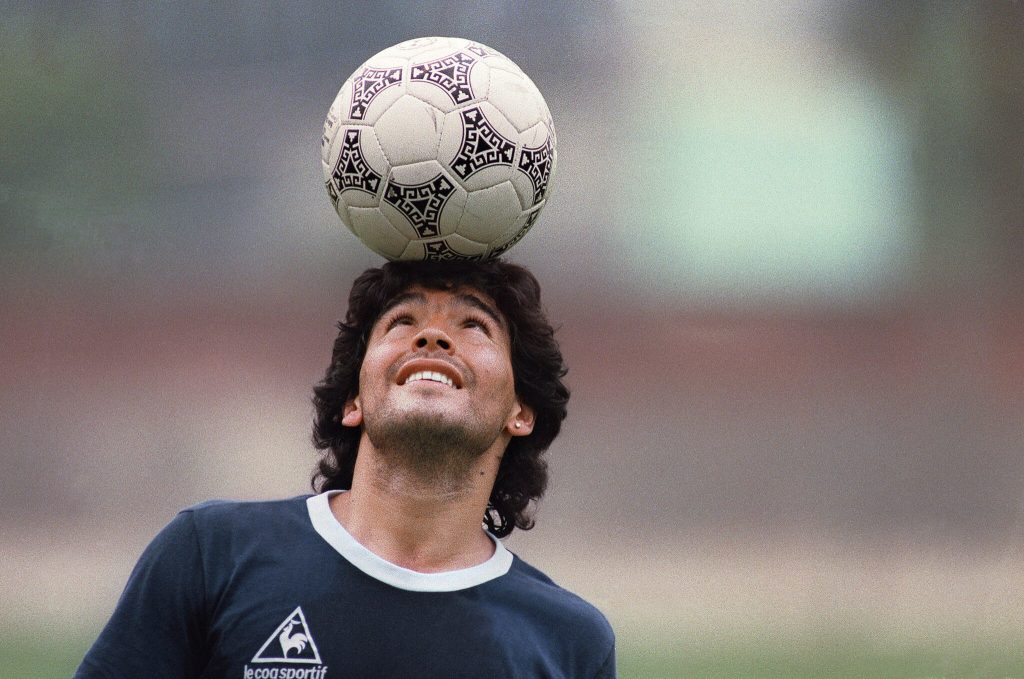 Every sport has its legend. For basketball, these are Michael Jordan, Kobe Brayan, and LeBron James. Tennis has been marked by the great Roger Federer, and baseball by Babe Ruth. In the world of football, the three greatest names of all time are Diego Maradona, Cristiano Ronaldo, and Lionel Messi.

Football fans across the world who had the privilege to watch any of these three players perform live can count themselves lucky. Since there’s only a handful of players who have managed to achieve this level of greatness in the world of football. And in this article, we’ll compare these three legends to see which one is the number one player in the history of the most popular sport on the planet.

Unfortunately, the first football legend on our list passed away in 2020. Even after retirement, Diego Maradona has been known even among the younger generation of football fans, who were not even born when he dominated the field. And here’s why. Maradona started his career in 1976 with Argentinos Juniors. But he soon became a true spectacle to behold, which earned him great respect from European football clubs.

Back in the days when Maradona was running against the best from the class, football players who were considerably taller and bigger were considered superior. However, Maradona proved that height had nothing to do with skills. From his position as the attacking midfielder, he was known to score goals even from long-distance, and outrun players significantly bigger than him.

When compared to a great number of today’s players, Maradona didn’t have a high score when it comes to scoring goals. But, he had managed to accomplish what then seemed like impossible things to do. What separated modern players from those that played in Maradon’s time is all the science that was since brought into the game. Nowadays, football players have teams of experts who analyze data from different games and other players and therefore provide their own player with significant information that can help them boost their own game. But in Maradon’s time, there was no such science, and the player had to rely on his own skills and speed.

One of the greatest achievements in Maradona’s career is winning the World Cup for his home country in 1986. That was when he scored the goal of the century against England in the knockout stage. What is more, the cost of his transfers also left a lasting impact on the world of football. He broke the record for the most expensive transfers in 1982 and in 1984.

Another football star on our list also comes from Argentina, and it’s one of the most popular sportsmen alive. Lionel Messi, started his football career after he moved to Barcelona. Being a teenager with a growth deficiency syndrome, Messi had low self-esteem when it came to the future of his career. Being a young football player from South America like Messi was can be challenging, especially when you are trying to breakthrough in the most popular sport in the world. There isn’t a single sport in the world that is equally popular among fans on every continent. Especially by fans in Canada and the USA (even though they call it soccer) who never miss an opportunity to bet on their favorite players on the best Canadian gambling sites. And today for many of them that’s Messi. Nowadays, Messi is an absolute favorite when it comes to sports betting on football because most fans see him a sure bet and a perfect way to feel like they’re part of his game in some way. And all due to his amazing success on the field.

Messi joined Barcelona’s team at the same time when Ronaldinho was dominating the scene. But it didn’t take long for Messi to become an equally popular and recognized player. After Pep Guardiola stepped in as the manager of the team, Messi was made into a central figure. Messi was so comfortable with the new role that he managed to score 23 goals only for that first season. It’s remarkable that the numbers for Messi’s goals kept going up from that moment on. In season 2011/12 he broke the record with 73 goals within 60 matches.

However, Messi doesn’t perform that well when playing for his home country. Except for the Olympic success of 2008, there aren’t any greater achievements that this player brought to Argentina’s national team.

Unlike most players, Cristiano Ronaldo had an easier start to his football career with Sporting CP. What’s most fascinating about this player is the fact that he’s known by both football fans and those who know absolutely nothing about football. His international popularity matches those of Hollywood and rock stars. He is simply everywhere. On TV commercials, online video advertisements, charitable causes, tabloids, etc. And to top it all, he’s greatly appreciated by his peers for his commitment and hard work in the field.

Back in 2003 when Manchester United bought the young player for 18 million pounds, it seemed like too much for someone as inexperienced. But soon enough it proved to be the best investment ever to be made by this club. However, the greatest turning point for his career happened in 2009 when he joined Real Madrid. Most of the football fans thought that they had seen the best there is of Ronaldo while he played for Manchester. But they were in for a surprise. With more than 50 goals for every season from 2010 until 2016, it became obvious that the world is witnessing a legend in the making.

His international career also thrived in 2016, after winning the European Championship by playing for his national team.

After a close inspection at each of these players’ individual careers, we must decide which one among them takes the crown. Even though all three players have made astonishing accomplishments, Diego Maradona was the one to do it in a more difficult time for any sportsmen. He managed to score goals and run past opponents while enduring physical pain and that has to be respected. For this reason, it’s the one and only Diego Maradona that remains the greatest legend in the world of football.