Who will finish on top in this mediocre La Liga campaign?

At the beginning of the season, I wrote an article on the upcoming La Liga campaign, weighing up the chances of Barcelona retaining their crown. I argued that Real Madrid’s increased discipline and organisation under Fabio Capello would present a different challenge to Rijkaard and co., and that Valencia would also have a say.

Whilst Valencia’s title challenge seems to have petered out — they were defeated 2-1 by Real Madrid on Saturday evening, and now find themselves in 5th position — the title race is very much undecided. Barcelona currently lead the pack with 59 points, above Sevilla with 58 and Real Madrid with 57.

Barcelona last night had the chance to open out a 4 point lead over Sevilla — the biggest margin by which any team has led the league up to this point. However, the blaugrana lost 2-0 at Villareal, and were a shadow of their former selves. Whilst keeping the ball fairly well, particularly in the first half, Samuel Eto’o demonstrated that he is far from match fit, missing a couple of excellent chances, and neither Ronaldinho nor Messi could spark a comeback. The Villareal opener was an excellently constructed goal, finished off by Robert Pires on his full debut, a cameo performance that showed to what extent he has been missed by the Yellow Submarines this season.

Barça needed an injury-time own goal to beat Mallorca last weekend, and are playing without any fluidity. Real Madrid have performed with mediocrity throughout the majority of the season, with Capello being heckled on numerous occasions by the peñas of Madrid, the result of which has seen Real have a far better record away from the Bernabeu than at home.

Sevilla continue to play with gusto and skill, but will their fairly limited squad manage to keep up the challenge on three fronts? Will fringe players such as Chevanton be able to efficiently replace stars such as Kanoute, joint top goalscorer in the league this campaign? Real Madrid are still to host Sevilla and travel to Zaragoza, Barcelona are still to travel to Atletico Madrid, and Sevilla face a tough trip to Deportivo, as well as that game at the Bernabeu.

I’d be equally interested in hearing what you have to say about the relative mediocrity of La Liga this season. Long touted as the best league in Europe, La Liga’s top sides (with the exception of Sevilla) have foundered in 2006-7, a fact reflected in the absence of Spanish sides in the last four of the Champions League, as well as in the relatively low point totals (with 31 games played, Man United had 78 points, compared to Barcelona’s paltry 59).

The abundance of Spanish teams in the last four of the UEFA cup is not necessarily an effective counter-argument; Spurs-Sevilla would have been fit for the final of the competition, whilst I have no doubt that teams like Espanyol and Osasuna would struggle against most of the Premiership’s top ten. 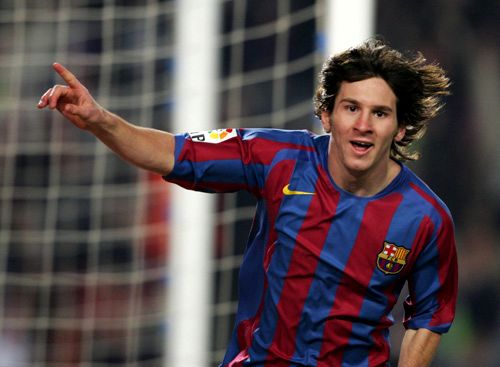