India
Home News who will be the new arsenal head coach 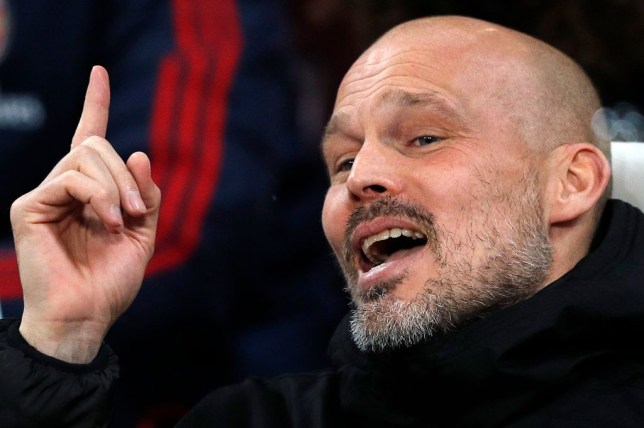 To say that Arsenal has underperformed in the Premier League this season would be an understatement. The team has been a big disappointment, as of December 10 they’re in 9th place in the standings with  22 points after 16 games and the betting odds at the best sportsbooks reflect that, giving them practically no chance to turn things around this season.

The poor level of play from Arsenal led to the demise of Spanish head coach Unai Emery. He lost his job after the 2-1 home loss against Eintracht Frankfurt in the UEFA Europa League on November 29. Emery had replaced veteran head coach Arsene Wenger and he was in charge of the team for 18 months but Arsenal’s run of seven games without a win made the team think it was time to head in another direction.

Former Arsenal legend Freddie Ljungberg will take over as interim head coach, as revealed by the team in a statement. They also explained that they’re searching for a new head coach.

“The decision has been taken due to results and performances not being at the level required,” the statement read.

Josh Kroenke, who was speaking on behalf of the Arsenal board and team owners Kroenke Sports & Entertainment said:

“Our most sincere thanks go to Unai and his colleagues who were unrelenting in their efforts to get the club back to competing at the level we all expect and demand. We wish Unai and his team nothing but future success.” Kroenke then added: “We have full confidence in Freddie to take us forward.”

After Thursday’s 2-1 loss against Brighton & Hove Albion Football Club, Arsenal is now winless in nine straight games in all competitions, dropping to 10th place in the Premier League standings, already 10 points off the fourth and final UEFA Champions League qualification position after just 15 games. This is Arsenal’s longest winless run since 1992.

Liverpool legend Graeme Souness recently told The Times that the lack of leaders and role models at Arsenal is the main reason why these teams have fallen so much in the standings: “You’re left looking at the dressing rooms and asking, ‘Where are the men?'”

“That’s what Emery required in his hour of need, but he didn’t have it at his disposal. It’s the same at Manchester United. If you’re a young player in those teams, it’s difficult to imagine looking at one of your teammates and thinking, “I want to be him in ten years’ time.” ”

“Matteo Guendouzi is an example of that,” Souness said. The 20-year-old midfielder from France takes the ball in any situation, from anywhere on the field but Souness pointed this out: “he doesn’t understand the game yet. He plays like he’s still in the playground. He needs to be taught the position properly, his decision-making is still naive. He needs some serious coaching.”

Manchester City assistant head coach and former Arsenal player Mikel Arteta is a leading candidate to replace Unai Emery. According to The Independent, Arteta, Carlo Ancelotti, Massimiliano Allegri and Nuno Espirito Santo are all under consideration.

Brendan Rodgers was previously considered but Arsenal believes it would be almost impossible to get him from Leicester City. Patrick Vieira, another potential candidate, is no longer at the top of their list because of his recent results with Nice.

Arteta almost replaced Wenger but Arsenal chose Emery, which hurt him but he is very interested in starting a head coaching career and he loves The Gunners so much that he might consider taking the job if he gets an offer.

Replacing Emery wasn’t part of Arsenal’s plan, they thought that they had some winnable games but the results obviously didn’t go their way and now they’re forced to find a new head coach despite the fact that they haven’t really had any formal talks with anyone.

Nuno Espirito Santo has Premier League pedigree, Ancelotti has plenty of experience coaching outside of Italy and Allegri has been after a job in England for quite some time, though many believe that he is holding out because he wants to coach Manchester United.

Per sources, Arsenal is still some way off a full appointment. Emery was given many chances, hoping that a series of wins would restore the team’s confidence but they never got back on track and it became clear that keeping him was making things worse.