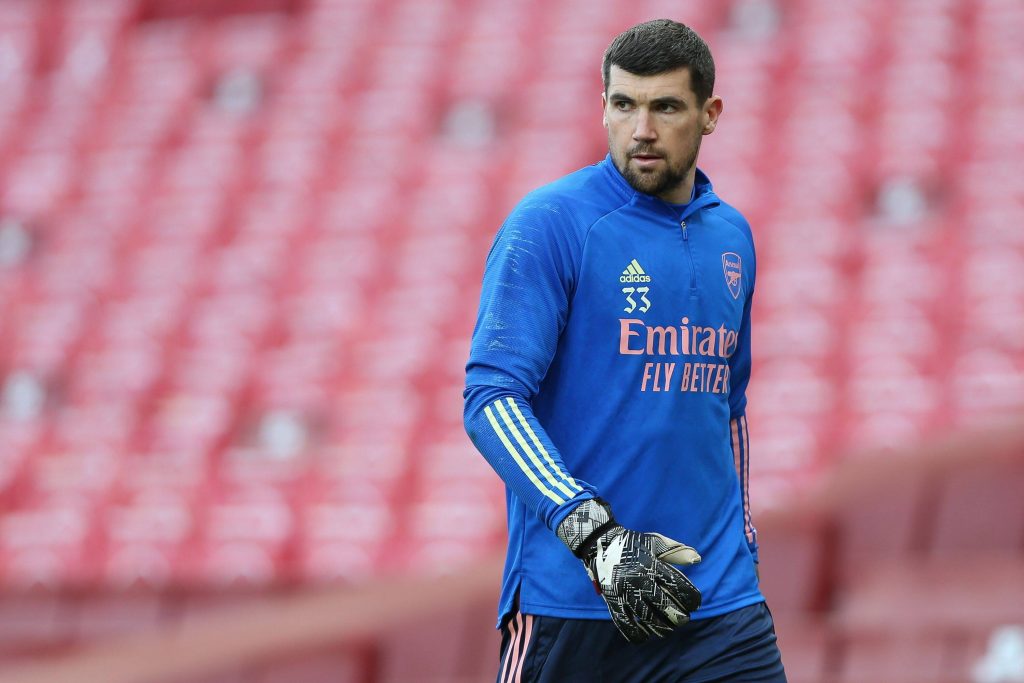 Australia goalkeeper Mat Ryan could have a big decision to make this summer when his Arsenal loan comes to an end.

The Brighton & Hove Albion stopper made the temporary switch to the Emirates Stadium during the January transfer window but will become a free agent once this campaign is over.

However, with game-time hard to come by so far at Arsenal, it will be interesting to see what path Ryan decides to take.

The 28-year-old shone at Brighton the previous season but hasn’t hit the same heights this time around. Despite that, it was still a surprise when he was allowed to secure a loan move to London as his parent club battled relegation.

Whatever happens next, he won’t be short of suitors given his ability and the 122 Premier League appearances he already has under his belt.

A permanent deal with Arsenal is the most likely move after Ryan admitted he supported the club as a youngster.

It’s a move that would also make sense for manager Mikel Arteta should Arsenal miss out on the riches of European football next term.

Aussie football fans will be keen to keep on eye on where their national number one chooses to ply his trade for 2021/22.

The Gunners are currently priced at 4/1 with bet365 Australia for an unlikely top-six Premier League finish.

But, while a lack of European football will make Ryan an appealing bargain addition, it also means fewer playing opportunities from his personal perspective.

He has only made one appearance since his switch and may instead opt for a regular starting role somewhere new.

A return to the Seagulls appears the most unlikely move at this stage following comments he made upon completing his switch to the Gunners.

“I’ve obviously ended up in a massive step up from Brighton and to another level of football,” said Ryan.

The comments angered some Brighton supporters, but the apology from Ryan that followed also didn’t make a return seem much of an option either.

He added: “The club will always have a special place in my heart as I said, and I’ve got nothing but fond memories and wish all the best to you all for the remainder of the season, and I’ll always continue to support the club because of our experiences together.”

The third option is starting the season in new surroundings.

West Ham need to start planning for life after 35-year-old Lukas Fabianski and Wolves and Villa could look for competition for Rui Patricio and Emil Martinez, respectively.

Burney could emerge as another option should they fail to hold onto England goalkeeper Nick Pope this summer.

While having an accomplished, reliable and experienced back-up goalkeeper is vital for any top club, it’s a role that doesn’t suit every player.

Taking a chance that he may sit on the bench for a season with the Gunners looks a risk for Ryan, especially at an age when he should be heading into his peak years.

It could come down to the assurances Arsenal give him and how he feels about the club following his loan stint in the squad.

His best option as a free agent could be hunting out a top opportunity of being number one. Alternatively, he could look at being back-up for a club playing in Europe due to the extra game-time that might bring.