India
Home News what arsenal can learn from west ham 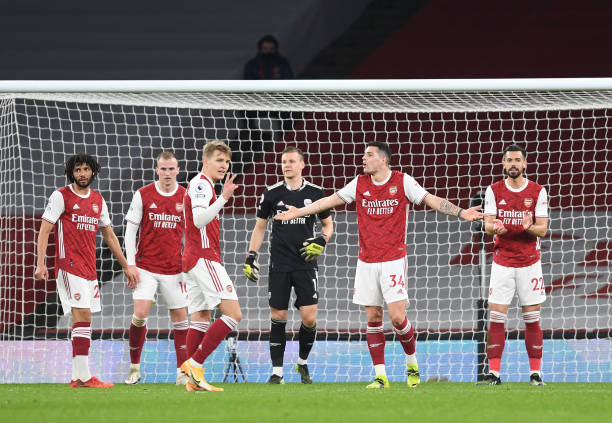 Cruising in the Premier League in fourth place with 45 points from 25 games, Arsenal fans would have been more than happy.

However, it’s not their team and it is not the Gunners who sit at fourth. It is West Ham United.

West Ham have shown the Premier League that having a good manager and a good bit of transfer business can do wonders.

They have also shown how the cards can turn to your liking in a flash. Arsenal are just one of several teams that can take notes from David Moyes’ side this campaign.

To compare both teams this season would make for tough viewing for the Arsenal faithful. In almost every aspect, as the table suggests, West Ham have been a better side than Arsenal.

They have a midfielder, Tomas Soucek, who has as many goals as Alex Lacazette and Pierre Emerick Aubameyang combined. Moyes’ side have also scored eight more goals than their London rivals and kept one more clean sheet.

While this is a team that is punching above their weight, they are also getting results despite being supposedly overmatched on paper, while Arsenal are doing the reverse.

Arsenal must find better value in the transfer market

West Ham kept the core of the team and added Tomas Soucek, Vladimir Coufal, Craig Dawson, Said Benrahma and Jesse Lingard which has made them more robust in defence and more effective at the final third. Soucek and Coufal were shrewd signings for which the South Londoners have received plenty of praise.

If Arsenal are not going to compete for the world’s best players, they must improve their scouting and find better under-valued players that can come in and develop at the Emirates Stadium.

There’s no point – especially with the current situation the club finds itself in – of trying to compete with Manchester City or Real Madrid for top young talent.

Although having spent just £21 million on Soucek, Coufal and Lingard’s loan fee, West Ham have definitely got value for money as they’ve marched up the table.

By contrast, Arsenal spent a similar amount on Lucas Torreira who is nowhere near the first-team and looks likely to leave the club at the end of the current campaign.

This is a different West Ham team from what we are accustomed to watching. This is a team that is currently above other established top four teams such as Chelsea, Tottenham Hotspur and defending champions Liverpool (as well as Arsenal).

They may not end the season in the top four, but they are a good bet to be playing in Europe next season.

West Ham are the perfect reminder that if Arsenal can get things right, things can turn around and improve very quickly.