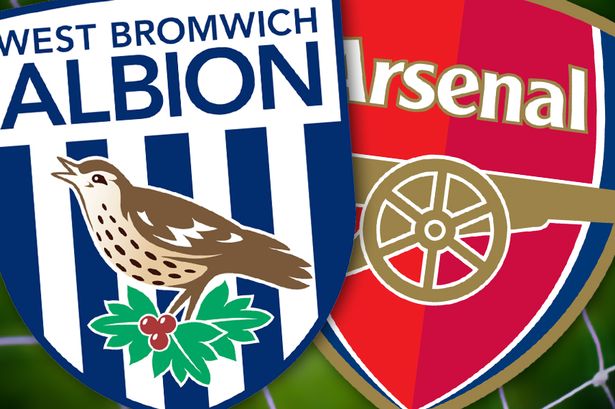 We move into the round 13 of the Barclays Premier League, after a brief break from the international football.

Arsenal travel to the Hawthorns to face West Bromwich Albion, looking to extend their unbeaten run to seven games in the Premier League.

The Gunners may have struggled in Europe and are facing the prospect of an early elimination from the Group stages, but they’ve been simply brilliant in the league, and are expected to mount a serious title challenge this season.

With 26 points on table, Arsenal are the joint-toppers in the league alongside Manchester City, and are only separated by the goal difference.

The central factor behind their surge to the top is their impressive away form. The Gunners hold the best away record of all the teams in the league, having won five games out of six.

Furthermore, Arsene Wenger’s side are scoring freely on their away fixtures. They have scored 14 goals away from home – most of any other team in the league.

On the other end, this is precisely the main problem for West Brom – the Baggies have been extraordinarily poor at home.

With just one win and four defeats at home, Tony Pulis’s side have picked up the fewest point of any other team in the Premier League.

They are heading into this fixture on the back of two successive league defeats, but the timely intervention of the international break at least has given them the space to regroup and reevaluate their issues.

Also, West Brom haven’t done well against Arsenal in recent past, having lost each of their last three league meetings with the Gunners.

Gareth McAuley’s silly challenge on Anthony Martial, saw him picking up a red card in West Brom’s defeat to Manchester United last time out. He is therefore suspended for this game.

In his absence, Jonas Olsson is expected to come in at centre-back, while James Chester is another option.

Ben Foster hasn’t recovered from injury, so Boaz Myhill will start once more.

Serge Gnabry, on-loan from Arsenal, is ineligible to play this match, as he cannot face his parent club.

Arsenal, as usual, have a long list of players, as many as six, sidelined for this game through injury concerns.

Hector Bellerin has recovered from injury and he should start in place of Mathiue Debuchy.

It has been reported in the press that Alexis Sanchez could be rested for few matches, so, the Chilean likely to miss this one. Kieran Gibbs can replace him in such a scenario.

5 – Arsenal have won five of their last six away games