Arsene Wenger takes a hands-on role in Arsenal’s player recruitment and is clearly weighing up a number of options while the January transfer market remains open.

The French coach was spotted at Heathrow Airport earlier this week, and according to Sport was sighted in Valencia to take in Barcelona’s trip to take on Levante in the Copa del Rey.

The Spanish daily newspaper is reporting that Wenger had two players specifically in his gaze – Cristian Tello and Pedro Rodriguez.

The Emirates Stadium outfit’s need and desire for a new striker to help Olivier Giroud carry the goal burden has been well documented, and although neither of the afore-mentioned players are centre forwards, they would boost Arsenal’s attacking options.

Tello has struggled for regular first-team football this season under Gerardo Martino, and has been the subject of plenty of transfer speculation. Liverpool are believed to be a major suitor, with Brendan Rodgers’ men consistently touted with a potential move for the La Masia youth product. 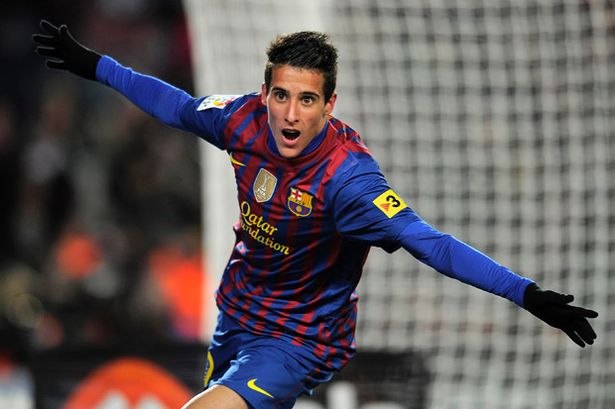 Pedro is established at both club and national level, but slight rumblings of the chance of a Camp Nou exit have emerged over the last six months. The flying winger has top-quality players to compete with for a place in the starting XI, and the summer acquisition of Neymar has limited the homegrown man’s opportunities to play.

With the World Cup under six months away, Pedro will be understandably keen to play as often as possible and impress Vicente del Bosque in an attempt to secure a place on the plane to Brazil. As such, rumours of a potential move away from Barcelona to be a regular starter for another club have been doing the rounds.

Wenger will have been impressed with what he saw, as Tello netted a hat-trick in a 4-1 win for the Blaugrana.

Both players clearly have the ability to be a revelation in England, even if they don’t really solve the problem of having a back-up to Giroud. Pedro has played as a false nine on occasions for Barcelona, but the more physical nature of the Premier League suggests that both players would be better suited to a wide role at the Emirates Stadium.

A more realistic purpose for scouting both Tello and Pedro would be to act as a potential replacement for Theo Walcott while the star is injured. The England international is set to miss the rest of the season, and is the one player in Wenger’s with real unadulterated pace.

Both of the Barcelona stars have pace to burn, but would they fit in at Arsenal?