Wenger talks about Fabregas and Rooney, but Arsenal can’t match their wages 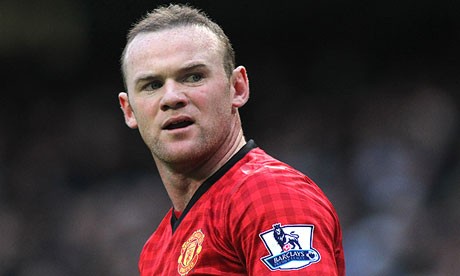 When speaking to AlJazeera, Arsene Wenger was asked about Cesc Fabregas and Wayne Rooney. While any manager would show interest in ‘unsettled’ world-class players (unless you’re Bayern), there’s little to suggest that Arsenal can attract those players and will be looking at lower-value players during the Premier League transfer season.

Here’s what Wenger had to say about Fabregas (on his form at Barcelona):

“I think at the moment he’s lacking the confidence of being a regular player. Recently he has not been that.

Cesc is such a passionate player, a player of such quality, that it must hurt him not to play in every single game. That’s what he misses. When you come in and out you never play with full confidence.”

At Arsenal Fabregas was central to everything the club did, but when he went to Barcelona he’s had to work hard to adapt and improve. The freedom and responsibility offered at Arsenal worked both ways – it made him mature but it also led him to relax – he wasn’t pushed as hard by the quality of the players around him as he is at Barcelona.

Will Fabregas ever move back? Unlikely, after all the fuss he (and Barca) made for his move in the first place. And he’s not worth the investment any more, not in terms of transfer fees or wages (even though he’d be a fantastic addition). If Wenger was going to spend 20m+ and 150k+ / week in wages, those would be better spent on a striker that can guarantee 30 goals a season.

Which brings us nicely to what Wenger says about Rooney:

“Rooney could be an interesting player for everybody in the world, who would turn him down?

“David Moyes’ first challenge is to go in to Manchester and bridge the gap between him and Rooney. If that is feasible or not depends on his personality and if Rooney bears a grudge or not – we will see. It will be interesting to see how that will be handled.”

As fun as it would be for Arsenal to buy United’s star striker the season after United buy Arsenal’s star striker, this is another move that’s not going to happen. United, with 2 years left in Rooney’s contract and with a senior player who is respected in the squad, will want to keep Rooney if possible. Rooney on the other hand wants to play more often, and play in a fixed role, which is understandable.

With time on their side, United will prefer a move outside England for Rooney, and if they can’t engineer that and he absolutely must leave, then there will be a very high premium to pay. Can Arsenal really afford to spend 30m+ on Rooney, plus 200k+ on wages? They didn’t spend enough to unlock Goetze’s release clause, what makes you think they will spend that amount for a striker turning 28 in October?

Yes, Wenger was only answering the questions asked of him. And yes, Arsenal should be looking to add world-class players. But their recent form suggests that we’re more likely to see 5 players for a combined 60m arrive at the club than 2 players for the same amount. It makes for a better team, and Arsenal need to build a better team.

And with Wenger in his last year, he’s not going to rock the future by splashing on big transfers, he’s more likely to knuckle down and lay foundations for the future of the club.