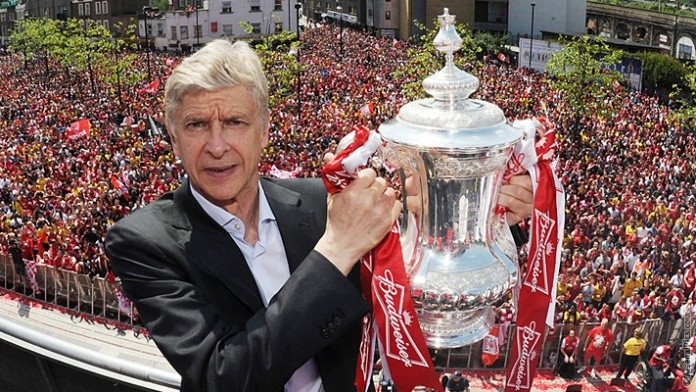 Nope he hasn’t signed a new world class striker but Arsène Wenger has committed himself to Arsenal Football Club for another two, some might say excruciating, years.

A Long Wait for Wenger

After informing the fans and general public that he had reached a decision on his future as far back as March, Wenger brought a mixed month for the Gunners to a close with the news that he has accepted Stan Kroenke’s offer of a two year extension. His previous contract was due to expire this summer.

Fans of Arsenal have been left to question why this announcement was delayed until the end of the season, especially since speculation over Wenger’s future caused the club significant off-the-field headaches. Wenger himself even admitted that his contract situation had affected the players performances since the turn of the year. With both Mesut Özil and Alexis Sánchez approaching the end of their own contracts at Arsenal, it remains to be seen if they will now agree longer term deals following Wenger’s own declaration of intent.

And A Club Divided

Although Arsenal beat league champions Chelsea to win the FA Cup on Sunday, they finished 18 points behind their opponents in the league, meaning they failed to qualify for the Champions League for the first time in 20 years. Reactions from fans had been mixed with various banner planes hired for matches, some with messages of support and others demanding Wenger bring his 21 year reign at the club to an end (in the form of Arsenal’s own “WeXit”).

With yet another FA cup win, Wenger appears to have convinced the Arsenal board that he is still the best man for the job. However, he has some way to go to convince Arsenal fans who will have no European football to distract them from next year’s Premier League.