Arsene Wenger in his last press conference has given the latest injury update of his squad that will face Swansea City tomorrow at the Liberty Stadium. 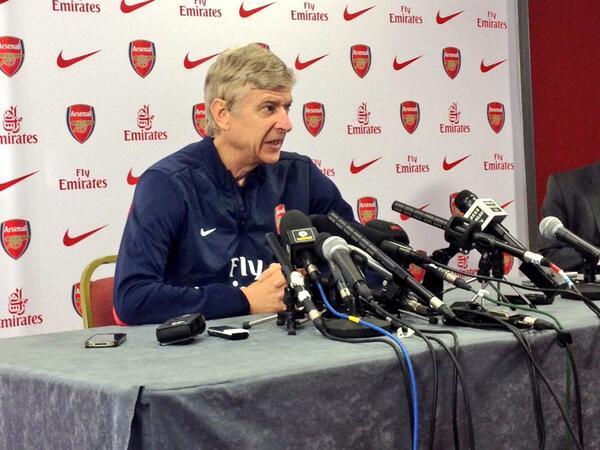 There is no fresh injury news from the team that faced West Bromwich Albion on Wednesday night in the Capital One Cup. However, Mathieu Flamini (shoulder) and Aaron Ramsey (thigh) have had knocks, but Wenger is optimistic that both would be available on Saturday.

Yesterday, Wenger revealed that winger Theo Walcott has successfully completed his operation and would return within five weeks. The Frenchman also revealed that midfielder Santi Cazorla could be back after the international break.

Arsenal’s major share holder Stan Kroenke has said earlier that he wants Wenger to stay beyond this season and manage this iconic club for a long time. Wenger reflected on it and said:

“I’m very honoured to have the support of Stan Kroenke. That is something that is very positive for me”

“I would love to be here forever because that would make me immortal! I love this Club of course.”

Wenger has further praised young Serge Gnarby saying the 18-year-old has shown enough quality and it is very rare to see a young teenager competing physically in the Premier League.

Further, the Frenchman insisted that he had refused several offers from top European clubs in the past as the club holds a special place in his heart. He concluded:

“I’m very grateful to this Club because during my 17 years we have had ups and downs. They have always shown faith in me. I’ve had consistent support from inside the Club”