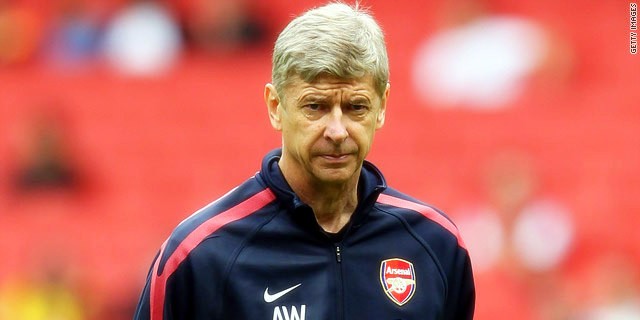 It was not the best of preparation Arsenal would have hoped for before facing Bayern Munich on Tuesday night in the first leg of Champions League knock out tie at the Emirates Stadium.

The Gunners were dumped out of the FA Cup by the English Championship side Blackburn Rovers and therefore Europe presents their last chance of ending an eight-year trophy drought.

While fans, understandably frustrated, hurled their anger and pointed the blame on their manager, Arsene Wenger; the Frenchman equally aggrieved by the defeat has insisted that his men need to take a hard look at their mindset.

Inconsistency have impeded them from reaching the position where they aspire to be while Wenger is left frustrated with the fact that his players have yet to develop mental fortitude. Speaking to the press, he said:

“I think we have a great team, but this shows that we still have to show more maturity on the mental front.

“We have to understand what it means to win big games, and this was a big game for me.”

What can Wenger do here to change the mentality of his side? He urges his young kids to ‘grow up’ but ironically when these players indeed turn out as a potential talent, they either move elsewhere or demand exorbitant wages.

Pouring rich money into the team and buying few world class talents are the common solutions. However, not all clubs can afford to spend dosh like Chelsea or Manchester City, thus it’s futile to discuss on the financial front.

Of course, Arsenal needs to invest on the squad but something else is required first to fabricate the foundation.

Change in tactics, training methods and coaching staff might help here. Wenger needs a strong right hand man – a person who has the temerity to say “you’re wrong here, boss”. At the moment, all he has is “yes sir” type of guys with him who hardly gives a strong decision at the hour of crisis.

One of the reasons why Sir Alex Ferguson has been so successful is that he has had some great personalities beside him throughout his tenure. The likes of Brian kidd, Steve McClaren, Mike Phelan et al have helped Ferguson to sustain a great career.

Past and present players have time and again revealed how important the roles of the assistant manager and coaching staff at Manchester United played in their development.

Wenger could also bring past players and legends into the club and assign them key roles. The likes of Dennis Bergkamp, Thierry Henry or Patrick Vieira could be asked to re-join the club and help the youngsters groom in a better way. They are the legends of the club and cult heroes. Their sheer presence is bound to lift the morals in the dressing room.

But, the most important thing what Wenger must do now is to bring back the winning mentality. He must understand that nothing is comparable to winning silverware. They have been in the Champions League for all these years, but has it eradicated all the problems? The club still remains in the same doldrums with only the problems have deepened.

Top players have left the club as they complained of lack of ambition at Arsenal. This is something he must stop at the earliest.

The club has lost the habit of winning in the last eight years or so and it has indeed been a long time. Winning breeds confidence that leads to success and it is a cyclical process. That is why it is so important for the club to take every competition seriously.

Take the case of Manchester United in juxtaposition. Ferguson introduced several young talents like Scholes, David Beckham, Neville, Giggs et al during the club’s rebuilding phase and they could have easily swayed in the path of oblivion.

The only difference is, United have won trophies and it is the success that has kept all the key players at the club. United have gone through several rebuilding phases under Ferguson, but he always took it as a part of journey and not an excuse.

Wenger is a winner. He has transformed the club and achieved great successes. He probably is still the right man to take the club back to their halcyon days. True Gunners don’t want him to leave. They just want him to change.