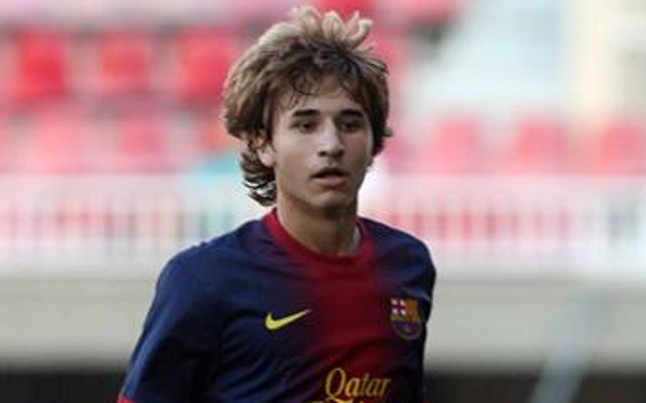 Arsene Wenger has a great reputation of developing young and unknown talents into world class superstars. Few days ago, the Frenchman attempted to sign one of Barcelona academy’s top youngsters, Sergi Samper, who has rejected this golden opportunity of moving abroad.

The 19-year-old defensive midfielder is considered one of the brightest jewels of the La Masia academy. In 2011, he was a part of the team that won the Nike Premier Cup (a junior competition) where he caught the eye of Arsenal scouts. 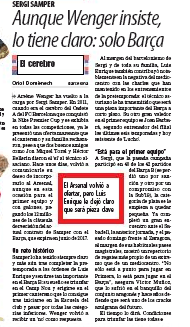 Having seen two of his close friends, Jon Miquel Toral and Héctor Bellerín, moving to Arsenal, the temptation was for him to follow the same path, but the highly-rated defensive midfielder chose to stay and progress with the Catalan club.

Spanish newspaper Mundo Deportivo claim that few days back Arsenal made an enquiry about his availability, while Wenger was even prepared to pay €12m (release clause) for the youngster, whose contract expires in 2017.

Samper enjoyed a fine pre-season training under new Barcelona head-coach Luis Enrique. He feels important to be a part of Barcelona’s B team and has the potential to represent the senior team in coming seasons.

“Not only he is ready to play in first team, he is good enough to play for Barca,” assures Víctor Munoz, former Spanish midfielder.

Defensive midfield is one of the main areas where Arsenal need to strengthen. This summer, the Gunners were heavily linked with a move for top quality defensive midfielders like William Carvalho and Adrien Rabiot, but in the end the deals didn’t materialise.

In all probability Wenger will sign a quality midfielder in the January transfer window or next summer but one can tell that the Arsenal manager is looking for a long term solution, not a short-term fix.