Arsenal fans probably are in the hope that the club will buy a top class striker in the January transfer window. We all think so. Except, Arsene Wenger.

Wenger feels his side can win the title without adding another striker to the squad in January. He feels the market is quite inflated in winter but most importantly the Frenchman is keeping faith on his own squad to deliver.

According to reports from Gary Jacob of The Times, Wenger feels he will have fresh attacking options with the return of Theo Walcott and Lukas Podolski. When asked whether Arsenal could win the title without a new striker, Wenger replied: 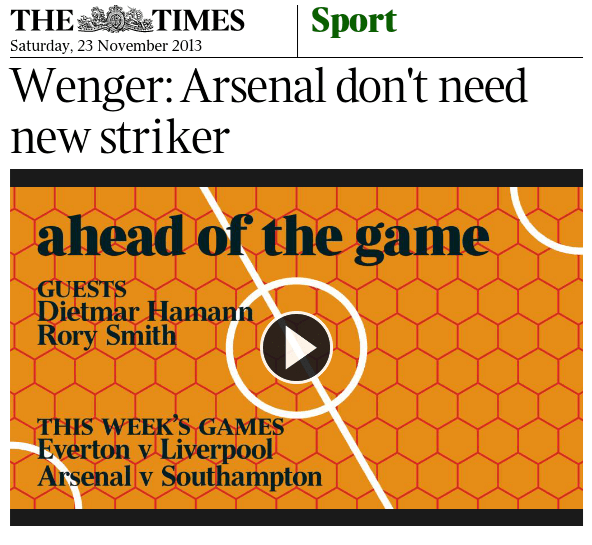 “Yes, Podolski is not back, but he shouldn’t be too far now. It is always difficult in the middle of the season. If somebody is doing well somewhere, the clubs do not necessarily want to sell him. They can wait until the end of the season.”

Arsenal have heavily relied on Olivier Giroud, who has started every league and Champions League matches this season. Wenger has also ruled out the possible sale of Nicklas Bendtner in January.

Well, his comments will likely to frustrate many supporters. The reason being, it is day light clear that Arsenal need a good striker to give themselves a chance for a shot at the title. They tried to sign (but failed) two world class strikers in the summer – Gonzalo Higuain and Luis Suarez – and there was a general consensus that they will try to land at least one solid striker in winter.

Further, many opine that Wenger doesn’t see Podolski and Walcott as an out-an-out striker. In that situation, can Wenger really continue a season with Bendtner and Yaya Sanogo as back-ups?