The top stories this week – Arsenal overtaking Manchester United at the top of the Premier League, the end of the january transfer window (questionable signings coupled with last-day shenanigans), Capello’s first England squad and life in the Championship.

Deal or no deal?

Whilst transfer deadline day generally passed in a haze of tiresome tedium — thankfully I didn’t have to endure the torture of Sky Sports News exclusive interviews as the window creaked painstakingly shut — some interesting transfers did at least eventually develop:

Spurs signed Jonathan Woodgate (against my better judgment) and Brazilian left-back Gilberto added his name to Tottenham’s perpetually-expanding list of mediocre full-backs; Alfonso Alves finally completed his club-record £12 million transfer to Middlesbrough; Bolton Wanderers tried their best to squander £7 million quid (that’s less than one twelfth of Nicolas Anelka’s net transfer value) on Reading’s Leroy Lita, but eventually had to settle for another prolific-Pole-in-the-Championship in the shape of Grzegorz Raziak; whilst Fulham added quantity, if not quality, to their squad in the shape of a gang of gung-ho Scandinavians headed by the unfit Jari Litmanen and the fabulously named Brede Paulsen Hangeland. 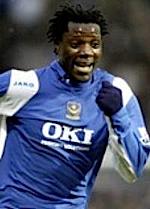 By far the most intriguing story of the week comes from Fratton Park. Those who are familiar with “Deal or No Deal”, a game show fascinatingly predicated on premises related to economic decision-making and probability, will know that the programme involves a contestant’s anxious decision to either accept a series of probability-tailored offers from an invisible banker (funnily portrayed by the excellent Charlie Brooker as a character inside Noel Edmond’s narcissistic head) or to gamble said offer in hope of winning an even larger prize.

Not even the “Deal or No Deal” scriptwriters could have predicted the happenstances that arose between Manchester City and Portsmouth on Wednesday evening. Harry Redknapp’s long-running pursuit of two-timing naked-handstander Jermain Defoe finally came to a head as he signed for Pompey for a fee thought to be around £7 million pounds. However, the completion of the deal was contingent upon the departure of Zimbabwean forward Benjani to Manchester City: unfortunately, following a series of motorway misdemeanours and a bout of aviatic ataxia (two of Benjani’s flights were canceled), Benjani arrived late in Manchester and was unable to take a thorough medical.

Manchester City, who had already shelled out some £5 million to snap up youngster Felipe Caicedo from FC Basle, did not submit the proper registration forms for Benjani, with rumours in some quarters suggesting that some of the City “higher-ups” were concerned about the fees demanded by the Zimbabwean’s agent. The saga took another twist when it came to light that Defoe’s deal — believed to be a permanent transfer — had been registered as a loan move, for simplicity’s sake. All of this leaves Defoe uncertain as to the status of his move, Portsmouth potentially out £7 million and Benjani in limbo between Portsmouth and Manchester — talk about stuck between a rock and a hard place.

Fabio Capello announced his first squad as England manager, and there was no place for golden-balls David Beckham. Beckham — whom Giorgio Armani recently compared to Michelangelo’s classical sculpture with whom Beckham shares a Christian name — has had his fitness called into doubt by the doughty Italian tactician. Fabio clearly hasn’t seen these shots (on the right, if you didn’t figure it out), has he? Beckham has promised to buckle (knuckle) down (literally, we hope) to business and to earn back his place in the squad, with Galaxy coach Ruud Gullit saying that he will support the Englishman in any way he can. Let’s just see if Gullit can give Becks more support than those pants seem to.

Curtis Davies’ inclusion in an initial 30-man squad had been the scoop of the story, but the Villa man has subsequently been dropped, along with six others, the most notable of which would be Michael Carrick. Meanwhile, Aston Villa duo Gabriel Agbonlahor and Ashley Young — about whom I have spoken volumes elsewhere — were both included, although unlucky Gabby may now miss out with an injury sustained for Villa away at Fulham.

Arsenal went two for two to move back to the summit of the Premiership this week, first dispatching Newcastle with supple ease and then dismantling free-falling Manchester City 3-1 on Saturday, in the process ending City’s unbeaten streak at Eastlands. Arsenal are looking great bets for the title at present, with Adebayor in particular in frightening form. The giant Togolese has 19 league goals so far this season, just one less than pretty-boy Cristiano Ronaldo.

Newcastle, meanwhile, left it late but eventually scored their first goal under KK; Michael Owen again choosing the week before an international tie to break a sweat in a Newcastle shirt and put the ball in the net. However, local rivals Middlesbrough, who had grabbed a 1-0 victory over Wigan earlier in the week, courtesy of a rare goal from Jeremy “I was never good enough for Arsenal” Aliadiere, hit back through hench German Robert Huth, and held on for a less-than-famous 1-1 bore-draw. Still, at least the floodgates have opened at St James’.

Tottenham put in two contrasting performances and yet came away with one point in each of their encounters. A fairly boring match at Goodison Park left both sides rather unsatisfied with a 0-0 stalemate, although the game was notable for Jonathan Woodgate’s encouraging show for his new team. Saturday saw Everton play out another goalless draw (this time against Blackburn Rovers), thanks to a dreadful offside decision against Andy Johnson — the Blues are clearly missing Nigerian Yakubu, whose penalty against Ghana today was not enough to help the Super Eagles progress to the semi-finals of the African Cup of Nations. 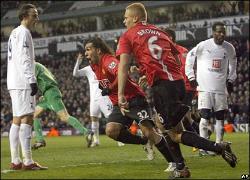 Manchester United’s muted showing in the transfer market was hardly reflected on the pitch as the Champions put Portsmouth to the sword on Wednesday night; 2-0 read the scoreline, with two goals from Cristiano Ronaldo, including an absolute pearler of a free-kick, giving United the points. However, United could not reproduce this form at White Hart Lane, where the Lilywhites showed an abundance of heart and brains to defend a 1-0 lead valiantly for the best part of an hour. However, Spurs hearts were broken when poor defending allowed El Apache Carlos Tévez to knock home from a Nani corner; the equalizer coming with the last touch of the game.

Liverpool finally got back to winning ways with an accomplished, if somewhat lacklustre, victory over away-day-blue Sunderland in Saturday’s late kick-off. The Reds ran out 3-0 winners, although matters could have been slightly different had Jamie Carragher’s 73rd-minute handball been penalized by referee Rob Styles with the score still at 2-0. Turns out that Crouch and Torres up front get you goals. Who would have thought it?

Perhaps Jermain Defoe’s found himself a new lass down in Portsmouth; whatever it is, Defoe is back and gunning for it with his new club. Debut-boy Defoe and Nicolas Anelka got the goals as Portsmouth and Chelsea drew 1-1 at Fratton Park, leaving Chelsea, who had been seeking a tenth consecutive victory, six points adrift of Arsenal in 3rd place.

In the relegation battle, Fulham got their survival hopes back on track with a hugely important 2-1 win over Aston Villa today. Villa have now not won in three games. In a dire battle that came to life around the 70th minute, an Aaron Hughes own goal was canceled out by the excellent Simon Davies before a stunning free-kick from Jimmy Bullard stole the points for the West Londoners. With Bullard and McBride fit again, and other results going their way, Fulham stand a far greater chance of avoiding relegation than at the beginning of the week.

Reading lost their sixth consecutive match on Saturday, falling 2-0 at home to Gary Megson’s rejuvenated Bolton Wanderers. Considering the floods of jeering messages that poured in from WBA fans following Megson’s appointment at the Reebok stadium, I’d say that the ginger minger is doing alright.

West Ham drew 1-1 in aggregate scores over the week. Having beaten Liverpool 1-0 at home with a late Mark Noble penalty, the Hammers were pegged back by a goal in first-half injury-time from Kevin Kilbane. Wigan continue to move away from the relegation zone, whilst manager Steve Bruce’s old club, Birmingham City, remain in the bottom three, having lost midweek to Sunderland and drawn with basement boys Derby County on Saturday. Derby have now gone two games unbeaten, which I suppose could be taken as a good thing, along with new-signing Emmanuel Villa’s first goal for his new club. However, with 9 points from 25 fixtures, Derby’s hopes of staying up this season are about as big as Paul Robinson’s chances of starting for England this week, or indeed of catching anything other than a cold — barring a miracle, impossible.

Championship performances of the week 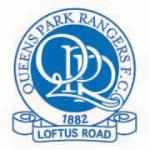 In the Championship, QPR reacted strongly to a supremely disappointing midweek loss against Cardiff City to destroy surprise package Bristol City 3-0, and this without their manager, Luigi De Canio, whose father recently died (our thoughts go out to De Canio and his family). Rangers’ dynamic performance, and the continued goals of Agyemang and Buzsaky, will hopefully be a tonic to their beleaguered boss.

Watford took advantage of Bristol City’s defeat to move back into second place, triumphing over Wolverhampton Wanderers by the same scoreline. Steve Kabba and Tommy Smith were the Hornets’ goalscoring heroes.

Ipswich finally got rid of their away-day blues, beating Sheffield Wednesday 2-1 to score their first away victory of the season, at the fifteenth attempt. Jim Magilton will take his hat off to the two Alan’s (Lee and Quinn) for helping the Tractor Boys to secure the long overdue win.

That’s it for this week’s review, don’t forget to tune in next week for the most recent installment of the Benjani saga, as well as news on the Premiership, the Championship, and a few other leagues too — time-dependent, of course.