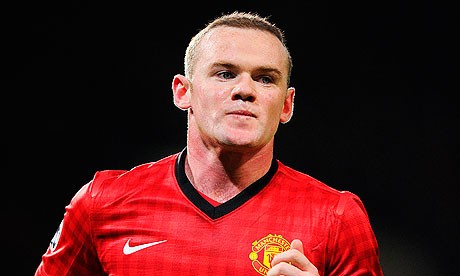 In a hilarious bit of news – and this is getting more embarrassing for Rooney by the minute, with first PSG denying that they made a move for him, then Bayern refusing to consider him – Sports Direct, the Newcastle owner Mike Ashley’s retail company – claims that Newcastle United have made Wayne their primary summer transfer target.

Let’s do the math here – Rooney wants £200k / week minimum, Manchester United will want £30m minimum, and he wants Champions League football. Newcastle can’t manage any three, although they will be able to ensure that he gets a lot of games and minutes on the pitch.

But as Michael Owen – a player who gets far more time on the bench than Rooney ever has – recently said, it’s much better for a top player to be playing occasionally for a top club alongside top players instead of playing every week for a club below his level, with players below his level.

And regardless of how good Newcastle are, and how bad Rooney’s form might be – he’s still a world class striker and there is no chance in hell that Newcastle would interest a playing looking to move to London.

It’s just not going to happen, but it’s time Rooney (and / or his agent) comes out and clarifies the matter or settles the issue with Manchester United, because when he had the upper hand in October 2010, he got a bumper contract. Now, the club has the upper hand and he’s not going to get an improvement on his current terms. Unless he wants to go elsewhere, which he won’t get the chance to for the next two years.

Knuckle down and work hard, Wayne, you’ll get the contract and you’ll win more titles. Anywhere else, it’s just not the same.