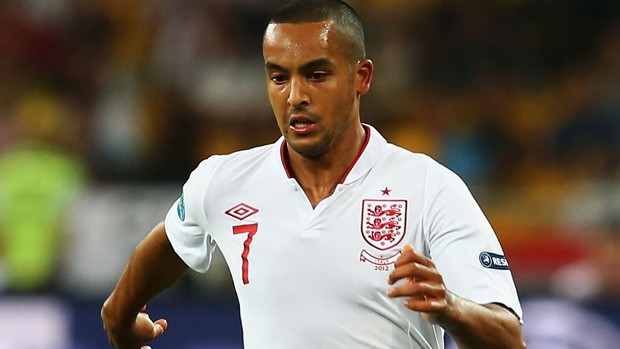 England will be looking for a bit of Theo Walcott inspiration against Moldova and Ukraine. The 24 year-old has been hitting the right notes for England and Arsenal over the past two years and has established himself as a regular in Roy Hodgson’s England set-up.

In the absence of Wayne Rooney, many will be looking at Walcott to produce the inspiration to fire the Three Lions to the top of group H. He netted a hat-trick against Croatia in just his second start for England in 2008, but the Moldova game will mark his 35th senior cap.

Walcott said- “Goals have been a big thing in my game, even if getting 21 last year was more than I thought I’d get, to be honest. Everything was just going so well. People expect more from me at Arsenal now: I’m 24, I’m reaching the top of my game and I expect those demands. I know I can deal with the pressure. Now the next step is getting goals for England as well. But, if I am creating chances and the team is winning, that is the most important thing. I don’t just like to think of personal records. Focus on the team”.

He added- “I know we need to get these wins which are very important not just for the team but everyone out there supporting us. We want to get to Brazil and be at the top of the game. Hopefully we can get there and it will be my first World Cup as a player. Everyone is relying on us. If England aren’t at a major finals, it doesn’t feel right. You want the best countries and the best players at the World Cup, and you want to test yourself. But I believe this team is good enough.”