‘I’m going’ – Vazquez could leave Real for Arsenal or Liverpool 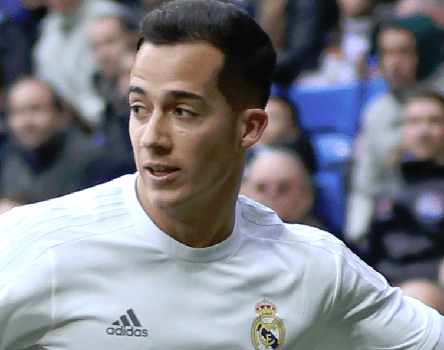 According to Diario Gol, Real Madrid winger Lucas Vazquez wants to leave the club this summer and could join one of Arsenal, Liverpool or Tottenham Hotspur.

The 26-year-old, who re-joined Real from Espanyol in 2015, has been given a good run in the side lately but feels that won’t last when president Florentino Perez opens the chequebook in the summer.

Head coach Zinedine Zidane has started Vazquez in four of Real’s last six LA Liga games, but the £275m winger has only made 10 league starts all season, instead making the majority of his appearances from the bench.

Injuries to the likes of Gareth Bale, Karim Benzema and Cristiano Ronaldo during different periods of the season saw Vazquez rack up the minutes, but he’s a fringe player with Zidane has his strongest XI fit and available.

The Spanish international is alleged to have said “I’m going” when asked about his future, as he wants to join a club where he’s deemed important. While grateful for the opportunities he’s had, one of Arsenal, Liverpool or Tottenham could be his next destination, although an asking price is unknown.

Diario Gol say Vazquez is like a ‘spoiled child’, although his reported reasons for leaving are fair. Real have been linked with some world-class players around Europe, many of whom would knock Vazquez down the pecking order if they came to the Santiago Bernabeu.