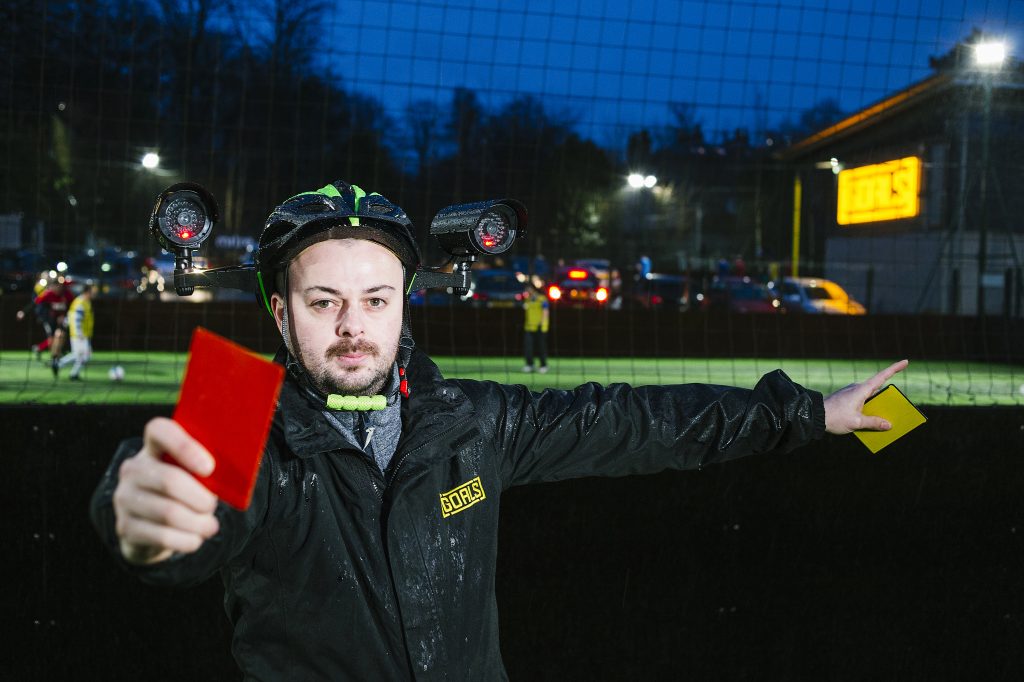 Goals, the world’s largest operator of dedicated, 5-a-side clubs, introduced VAR to five-a-side football in a bid to correct bad decisions, blatant cheating and to ‘make the small sided game even longer than ever’.

The new technology is called ‘Refersee’ and requires the match official to wear a head protector with two cameras on either side. It feeds a live stream to your iPad so you can check every kick of the ball and every tackle. All it requires is a wireless connection.

The footage also streams back to Goals’ brand new data centre in Slough, where the Game Xtender team can review footage and vote on a decision with just one touch of a button.

No longer will there be ambiguity in five-a-side football. Players used to get away with mistiming challenges and scoring goals inside the penalty area, but Refersee has put an end to that.

A panel can watch the footage and clarify the key decisions to ensure the game is being played in an honest fashion. The technology might slow matches down slightly, however, with an estimated waiting time of 15 minutes, but it’s surely worth it if cheaters are found out.