Valdes or Hart: Whom should Liverpool pursue as Mignolet competitor? 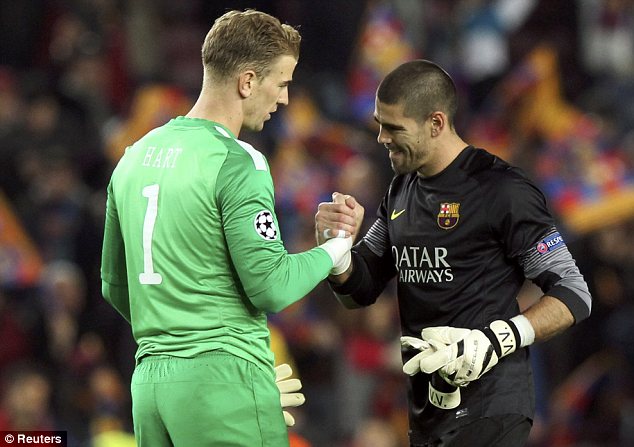 Liverpool’s tough start to the Premier League season has seen them concede 8 goals in 5 games. The Reds have only managed to win twice and were lucky to scrape past Ludogorets and Middlesbrough in the Champions League and the Capital One Cup respectively. There are question marks over the shoddy defense and goalkeeper Simon Mignolet’s poor form is a major worry for the Reds.

The Belgian has grown complacent, taking his starting eleven place for granted. Backup goalkeeper Brad Jones doesn’t provide enough competition to Mignolet, a major cause of worry for manager Brendan Rodgers. Thus Rodgers is looking to sign a new shot stopper in the coming transfer window.

English media outlet Guardian sensationally reported a couple of days ago that Liverpool are keen to sign Joe Hart in January. The 27 year old Englishman has entered the last year of his contract and Manchester City are reluctant to hand him an extension.

Victor Valdes  is currently a free agent but is recovering from a knee injury picked up in March but has been linked with a move to Anfield. Former Liverpool star Jason McAteer reckons the former Barcelona star will provide a healthy competition to Mignolet, “Valdes is an option and yes, I think he would come in and compete.”

Last season Hart conceded 30 goals in 31 appearances compared to Valdes’ 21 in 26 games (0.8 per game). Hart was dropped for a series of mistakes but regained his place in the squad following a string of fine performances. 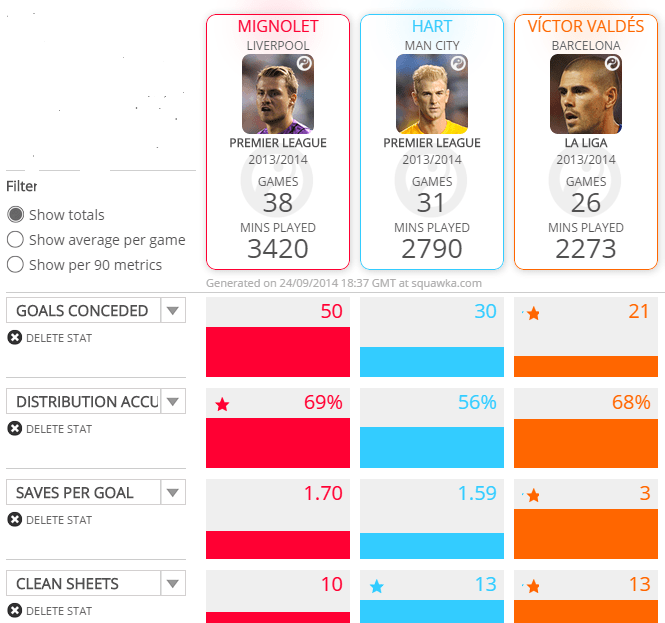 Liverpool went close to claim the Premier League trophy; their late capitulation against Crystal Palace and Chelsea proved costly. Mignolet conceded an astonishing 50 goals and despite making 1.79 saves per goals, never looking assured below the sticks. Valdes however makes at 3 saves before conceding, which shows his ability despite Barcelona not having the best of defense in the La Liga last season.

This season too, Mingolet has been way below his best. He was caught in no man’s land, coming running out from his line against Manchester City and Ludogorets. The 26 year old managed 10 clean sheets last season compared to 13 each from Hart and Valdes.

Mignolet’s decision making when choosing whether to come for a cross or not is also a real problem for the Reds’ despite the shot stopper having a successful distribution accuracy of 69%. Hart however would be a definite upgrade, his ability to play out from the back with both feet will also suit Liverpool’s style of play.

City manager Manuel Pellegrini helped himself to Willy Caballero during the summer and over the course of the season, the Argentine will get his chances for the reigning Premier League Champions.

However, it would only take a bold decision from Pellegrini to drop Hart, the Englishman who has looked comfortable this season despite managing only one clean sheet. Moreover, the Citizens wouldn’t be willing enough to sell one of their star players to a direct Premier League rival. Valdes’ experience playing for Barcelona in the biggest of stages comes in handy and would be a better option for Liverpool as he would come for a free transfer.