It’s been a rather exciting week for American soccer fans. For the benefit of those overseas (and all those in the US that are living under a rock), I have compiled some of the more newsworthy items in the past week or so: 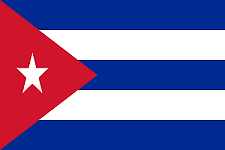 In any major competition, teams are going to lose players due to injuries, fatigue, or suspensions, but the U-23 Cuban National Team has taken this to a new level. After drawing 1-1 with the US U-23 Team on Tuesday, five members of the Cuban team defected, soon followed by two others.

The Cuban Football Association has condemned these players, labeling them as “cowards” and describing their acts as “treason”.
These players can apply for US citizenship after a year in the country because of a US law affectionately known as the “wet foot, dry foot” policy. In the meantime, these players were due to be on trial with Miami FC of USL-1, the US Second Division, but the club has withdrawn their offer after speaking with Confederation officials.

Cuba started with ten men on the field Thursday and lost 2-0 to Honduras. The competition continues throughout the week in various US cities.

For full reports on the story, go here and here. 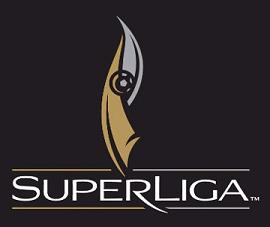 Major League Soccer and the Federación Mexicana de Fútbol announced the teams and the schedule for the 2008 edition of the SuperLiga. Four teams from each MLS and the Premera Division will compete for the highest prize of any cup competition in North America (one million dollars).

For an official release, as well as the groups and schedule, go here.

Sueño MLS is a program run by FC Dallas and Chivas USA (separately) that allows anybody to try out for the teams. The programs start with a general trial, which can have thousands of participants. The field is narrowed down to sixty, then eighteen. The last eighteen play a match and have a final training session before the winners are announced. 2007 Sueño MLS winner Jorge Flores is currently on the Chivas USA first team and the United States Under-20 National Team.

Many of the talented young players who turn out for this event are teenagers, 15 to 18 years old, but there are some older players that are still chasing the dream. Had I known about it earlier, I might have participated, but I can try next year I guess!

Along with all these happenings, look out for my review of the CONCACAF Champions Cup quarter final first leg and preview of the second leg, coming soon.