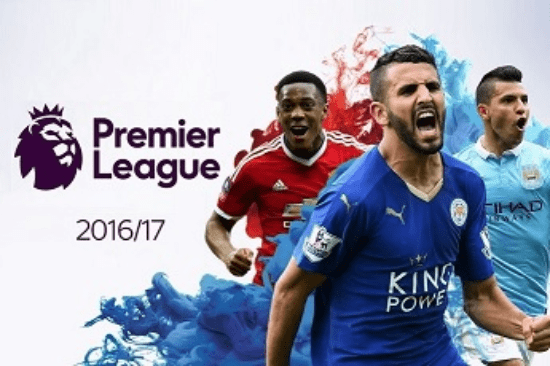 Manchester City continued their superb start to the season with a 3-1 win over West Ham United on Sunday.

Pep Guardiola’s side brushed the Hammers aside thanks to a brace from the rejuvenated Raheem Sterling.

The young England winger has been severely criticised for his form since his move from Liverpool.

But Sterling has improved considerably since the arrival of Guardiola. The England international has been constantly criticised for his finishing but the young attacker was in fine form against Slaven Bilic’s side yesterday.

It seems that Guardiola has managed to get the best out of him once again after Manuel Pellegrini failed to do so last season.

Brazilian midfielder Fernandinho also scored for the home side.

Michail Antonio’s goal at the hour mark gave the Hammers some hope, but Sterling scored in injury time to ensure the three points.

4 – Raheem Sterling has had a hand in four goals in four games (all comps) under Pep Guardiola (1 goal, 3 assists). Revitalised.

Meanwhile, Jose Mourinho has also continued his undefeated start to life at Old Trafford with a narrow win over Hull City.

2 – Both Manchester clubs have won their first 3 league games in the same season for only the 2nd time in their history (also 2011/12). Race

The English forward scored a tap in from close range after some fantastic work from Wayne Rooney.

All angles of Marcus Rashford goal vs Hull. Including celebrations from Mourinho and fanshttps://t.co/ydY7pT1u6O

1 – Marcus Rashford is the first teenager to score a Premier League goal under a side managed by Jose Mourinho. Fledgling.

Goals from Hazard, Willian and Moses secured a comfortable home win for the Blues.

Here at Soccerlens, we bring you all the results from this weekend in addition to the updated Premier League table.

Arsene Wenger’s side picked up their first win of the season against Watford this weekend. Mesut Ozil, Alexis Sanchez and Santi Cazorla scored to give Arsenal a 3-1 win over Watford.

Liverpool and Spurs cancelled each other out in a 1-1 draw at White Hart Lane. Both sides did very well to press each other out of possession but managed to do very little with the ball after winning it back.

Neither side were creative and clinical enough to snatch the three points.

41 – James Milner has never been on the losing team after scoring in a PL game (W34 D7 L0 before today). Charm. pic.twitter.com/yXvvzdrTRO

Premier League champions Leicester City also got back to winning ways with a narrow 2-1 win over Swansea City at home.

West Brom and Middlesbrough played out a boring 0-0 draw at the Hawthorne this Sunday and the likes of Southampton and Palace both drew their respective games 1-1.

Finally, Ronald Koeman continued his impressive start to life as an Everton manager with a 1-0 win over Stoke City.