Barcelona and Manchester City beaten, 3 other talking points from the weekend 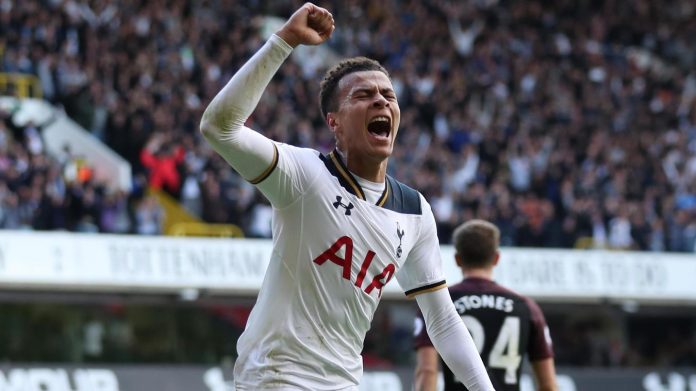 The latest round of fixtures in the top European leagues produced cracking bits of action with some of the continent’s heavyweight clubs facing off against each other in another round of entertaining footballing action.

While things were far from satisfying for Spain’s top clubs, the Premier League in England has the stage set for a remarkable title race. For a change, Paris Saint-Germain aren’t the pace-setters in Ligue 1 this time out and in Germany, one club has finally collected its first points of the season.

Here are five talking points from across Europe, featuring Mario Balotelli’s all-action display and an incredible AC Milan comeback. From Pep Guardiola’s first defeat at Manchester City to his former club Barcelona getting humbled by Celta Vigo, every big bit of action from across the top European leagues is covered.

1. Tight at the top in the Premier League

Manchester City were handed a lesson in pressing football by Mauricio Pochettino’s Tottenham Hotspur which resulted in the Citizens suffering their first defeat of the season. City are still at the top, but their lead has now been cut to just a single point over second place Spurs, who remain the only unbeaten team in the division.

Seven matches down, 31 to go… pic.twitter.com/uqQcwFT7jg

A fascinating title race is on the cards this season with Arsenal and Liverpool on Spurs’ tails with early season contenders Chelsea and Manchester United not too far behind. The six richest clubs in the league are within inches of each other as we head into the second quarter of the league which could well make the 2016/17 season the best in recent memory.

Read in detail about the latest Premier League gameweek here

Schalke headed into their game against Borussia Monchengladbach with zero wins and zero points on the board and were last in the standings. A goal glut in the second half saw Markus Weinzierl’s Royal Blues turn on the style with an emphatic 4-0 win, and fans will be hopeful of Schalke’s season finally clicking into gear with that win.

The opposite end of the table saw RB Leipzig continue their stunning start to 2016/17 with another win which made them the first newly-promoted Bundesliga side to remain unbeaten in the first six gameweeks of a season.

Meanwhile, Carlo Ancelotti was left without a win this week after only managing a draw against Koln following their midweek Champions League defeat at Atletico Madrid. Even the watching Arnold Schwarzenegger couldn’t inspire the terminators of Bayern to a win.

On Saturday in the weekend’s big game, Bayer Leverkusen had the better of Borussia Dortmund in a classic 2-0 win with Admir Mehmedi and Javier Hernandez the two goalscorers for die Werkself.

3. Time running out for Frank de Boer at Inter as city rivals AC Milan turn on the style at Sassuolo

Frank de Boer’s Inter suffered their fourth defeat of the season in nine games in all competitions with a 2-1 reverse at the hands of Roma at the Stadio Olimpico. The loss was Inter’s second on the spin which has once again put brakes on the momentum the Nerazzurri built following back to back wins over Juventus and Empoli in late September.

It was the eighth time Inter have conceded the opening goal this season, and despite equalising through Ever Banega, Roma quickly capitalised on their opponents’ defensive lapse which has become a far-too-familiar theme for De Boer’s men. “If we reduce the number of errors we make, we’ll win more often,” was the Dutchman’s take on another deflating night for the Interisti.

Elsewhere, Inter’s city rivals AC Milan produced a thrilling comeback against Sassuolo in one of the games of the season. Trailing 3-1 in the 57th minute, Milan’s second half substitutes Mbaye Niang and 18-year-old Manuel Locatelli inspired the Rossoneri’s comeback, which was complete with Gabriel Paletta’s header in the 77th minute.

A product of Milan’s academy, Locatelli’s first goal for his club was soon followed by the club’s announcement that he has renewed terms until 2020. Quite a weekend it was for the youngster.

Both Real Madrid and Barcelona failed to win this gameweek which is a rare occurrence in Spanish football. Real Madrid were lacklustre in a 1-1 draw with minnows Eibar, while Barca were humbled by Celta Vigo, who ran into a 3-0 lead at half-time.

Defensive mistakes were the theme of the day for the Blaugrana as Celta pressed the away side in midfield and virtually forced them into conceding the three first half goals. Barce rallied in the second half through Gerard Pique and Neymar but it was a case of too little too late as goalkeeper Marc-Andre ter Stegen had an evening to forget.

Atletico Madrid weren’t at home to celebrate Vicente Calderon’s 50th birthday but their 2-0 win at Valencia served as the perfect present. To commemorate the occasion, big screens were installed at the Calderon for fans to watch the game in Valencia.

Valencia goalkeeper Diego Alves almost threatened to ruin Atletico’s party after saving two penalties from Antoine Griezmann and Gabi but stand-in manager Voro had to sign off with a 2-0 loss to make way for new manager Cesare Prandelli.

“Everyone knows how good he is in front of goal, and we are taking advantage of his finishing qualities,” Nice manager Lucien Favre gave a frank assessment of Mario Balotelli’s contribution to Nice’s table-topping start to the season. The Eaglets have 20 points from their opening eight games and five of their 14 goals have been scored by Balotelli.

Balotelli scored this then promptly got sent off today. He's back. pic.twitter.com/xu7qO0daEm

However, the Italian will now be suspended for the game against Lyon which could prove costly for Nice. Balotelli collected his first booking after taking his shirt off following his winning goal and recklessly followed that up with a second one after clashing with Lorient’s Steven Moreira.

Monaco kept pace with Nice with a thumping 7-0 win over Metz while champions PSG put last weekend’s disappointment at Toulouse with a 2-0 win over Bordeaux, Edinson Cavani scoring both the goals.