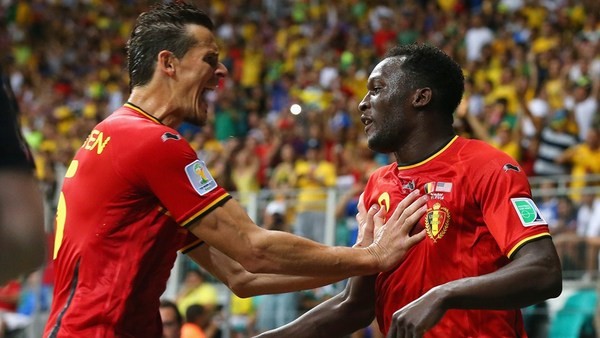 The 25-year-old left the Spanish capital club after he was made aware that his services was no longer required at the club by their manager Carlo Ancelotti. Real signed Gareth Bale from Tottenham Hotspur for a world-record transfer fee last summer, which saw Ozil join the North London side on the deadline day.

The Belgium international Lukaku is puzzled as to why Ozil left Real to join Arsene Wenger’s side last summer, which saw Arsenal cough up for £42.5m last summer.

“No dissrespect to Arsenal who is also a big club but i don’t understand why ozil has left real madrid…. I guess will never know..,” Lukaku tweeted.

The reference for Lukaku’s comment is still not known, but this came during Germany’s semi-final clash against Brazil. Joachim Low’s side sealed a place in the final of the 2014 FIFA World Cup after their drubbing 7-1 victory over host nation Brazil.

Ozil had an impressive start to his Arsenal career as he started the season with brilliant displays. However, his form dropped since the turn of the year as injuries and fatigue took its impact on the former Real man, which saw his performance dip in the second half of the last season.

Lukaku’s future at Stamford Bridge remains uncertain and his national side are already out of the World Cup. His latest comments on Arsenal and Ozil is likely to see him receive a lot of criticism on Twitter from the Gunners faithful.

Ozil, on the other hand will be happy to have won  the FA Cup with Arsenal and Germany’s recent achievement of making it to the final of the World Cup. Meanwhile, Lukaku is just tweeting about the midfielder as his club future remains uncertain.