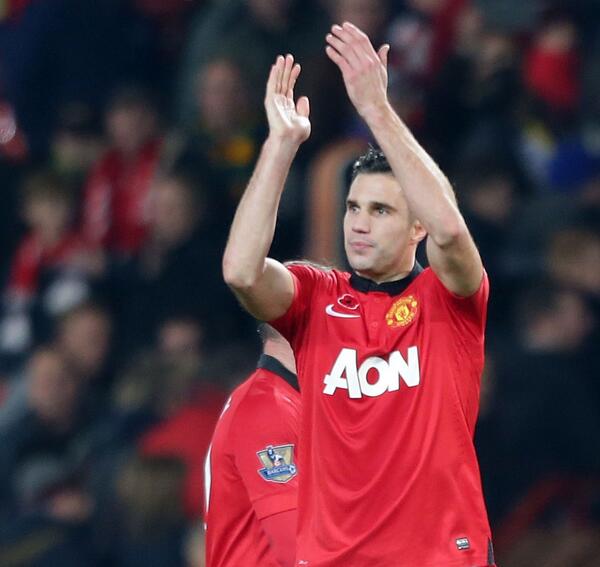 Barcelona have been linked with a shock €50m move for Dutch striker Robin Van Persie as reported by Spanish newspaper Mundo Deperotivo.

However the Catalan club can be rest assured that the 30 year old will stay at Old Trafford in the coming season with current Netherlands coach Louis Van Gaal taking charge of the Red Devils in the coming season. United do not want to sell Van Persie for any price as they aim to get back on track after a disastrous 2013-14 season under David Moyes.

The story claims that Barcelona are eyeing up a possible move for a star striker in the summer with Napoli’s Gonzalo Higuain and Manchester City’s Sergio Aguero also in the Blaugrana’s short list. It is believed that new manager Luis Enrique will oversee major changes at the Camp Nou after a disappointing season under Tata Martino.

The story claims, “For Barcelona, Van Persie would be Real Madrid’s Ruud Van Nistelrooy who came to the Bernebeu after being a losing star at Old Trafford who switched loyalties to win and surrendered to satisfaction.”

There was a time earlier in the year when Van Persie was seemingly unhappy at Old Trafford but with the appointment of Van Gaal there is no doubt that the flying Dutchman will stay at the Red Devils for the upcoming season.