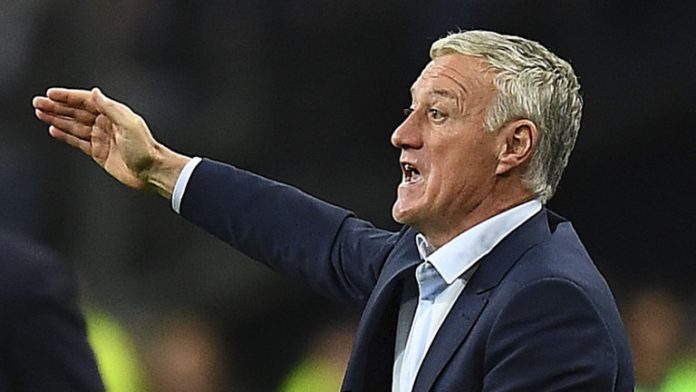 The French striker scored 14 goals in 32 league games last term – his debut season in the English top-flight – and despite the impressive numbers, he has continually been overlooked by the France national team, missing out on the World Cup squad last summer and the squad that kicked off the Euros 2020 qualifying campaign last month.

Manager Didier Deschamps doesn’t seem to be a huge fan of the Arsenal star, and Gunners boss Unai Emery has revealed that he respects the views of the 1998 World Cup winner.

“I respect Deschamps’ point of view,” the Spaniard told RMC (as reported by GFFN).

“The aim is also that Lacazette constructs a consistency for himself and the necessary productivity to be able to make the French national team.

“The principal reason is that there is a lot of competition. But Lacazette, in time, I am convinced that he will return to the national team.”

While there is no denying the fact that there is a lot of quality available in the French squad and competition for places is stiff, that a less-prolific striker like Olivier Giroud keeps making the squad every now and then, ahead of Lacazette baffles many.

Despite scoring 48 league goals for Lyon (emerging Ligue 1’s top scorer ahead of Edinson Cavani and Zlatan Ibrahimovic in 2014-15) in the last two seasons ahead of Euros 2016, the 27-year-old was only deemed good enough for the reserve squad for the tournament, and neither did his return of 28 league goals in 2016-17 impress Deschamps.

It remains unknown what Lacazette has to do to force his way into the French squad, but he surely won’t be giving up on his dreams of becoming a regular for Les Bleus, and that extra motivation comes as a huge advantage for Arsenal as he will look to continue to impress on a regular basis going forward.