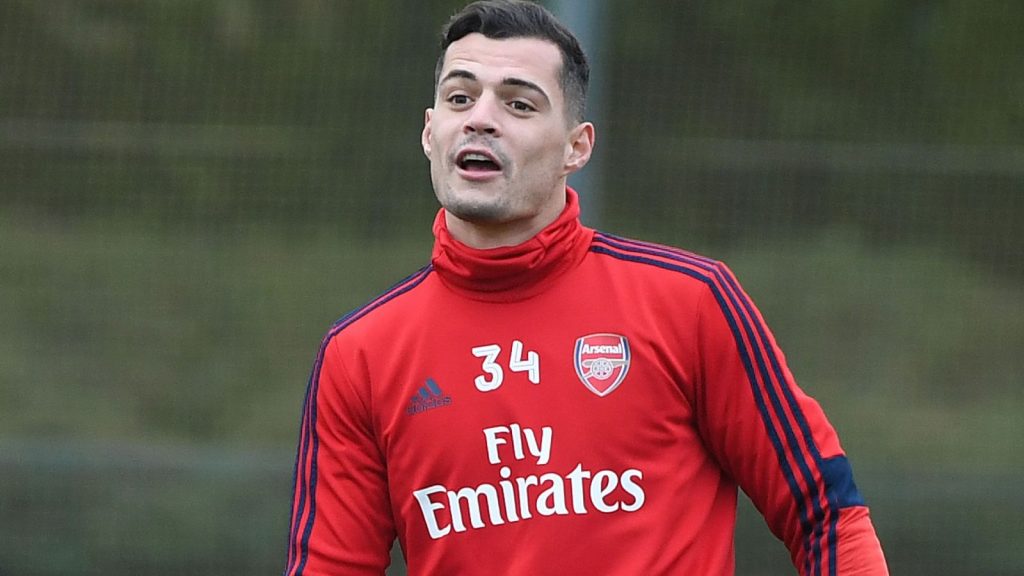 After the way he destroyed his harmony with the fans in the Crystal Palace game last month, there were major doubts on whether or not Granit Xhaka would ever play for Arsenal again.

Unai Emery stripped him of the captaincy even after the Swiss International had issued an apology of sorts in a social media post. However, the Spaniard is now ready to take him in contention for selection after deeming him fit to return to action.

Before the game against Southampton, he stated how Xhaka is in a better state of mind right now and is focused on helping his side get back to winning ways again.

He said, “He is coming back better in his mind,” the manager said. “His mindset is better to help us and to be closer to playing when we need him. I spoke to him this morning and we had a very good conversation.”

Emery also remarked how his focus is helping Xhaka settle back into the team and find back his best touch in order to help win back the fans onto his side.

The Spaniard explained, “My objective is going to be [to use] his comeback to help us and to convince every supporter of his commitment with us and [that] his performances will be better and they will be proud of him in the long or short future with us.”

Of course, there are still doubts about whether Xhaka will start after being out for quite some-time. Emery explained how he’ll make his decision before the game, but how he’s keen on giving him the opportunity to make a comeback and gain confidence.

He stated, “We are going to decide tomorrow but I want to do that comeback, give him confidence and make him comfortable. And when we can connect with our supporters with a good moment and a good performance, being strong with them.”

Despite being positive on the midfielder, the Spaniard is insistent that Xhaka must remember the mistake he made against Palace and repay the fans by giving his all for the Gunners.

Emery explained, “The first question is don’t forget his mistake.“But he can come back showing his commitment, his good behaviour and good performances, helping and defending the Arsenal team.”

“That is the objective. He is a good guy, a good player and he loves and respects Arsenal a lot, but knowing one day he made a mistake.”

Arsenal will be eager to get back to winning ways, having last won a Premier League match last month. Southampton are themselves struggling to get points, but the Gunners need to come out with a dominant performance to ease the pressure on Emery’s job.