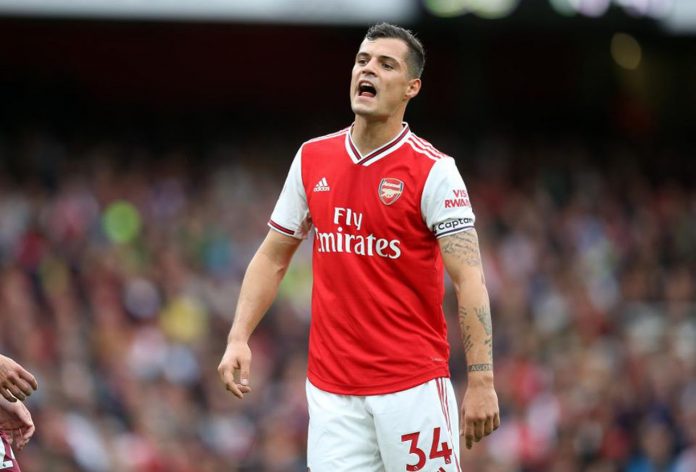 The Spaniard believes the Switzerland midfielder is the ideal option to lead his side and explained the appointment by saying, “I talked to him and we want to change that opinion outside because the respect he has inside is very important.”

“But also to show outside, keep moving ahead, playing, improving, behaviour, commitment and in each match is for him, me and for everybody a very good opportunity to show his capacity.”

“But really, I trust and believe in him. He is a good man, good professional, good player.”

The Gunners have been without a permanent captain ever since Laurent Koscielny created a fiasco and forced is way out of the club, leaving Emery short of defensive options as well.

While David Luiz was signed as a potential replacement to the experienced Frenchman, he’s not taken to their style that well having already made a flurry of fatal mistakes and conceded as many penalties in few games as he did in his whole Chelsea career.

Despite all their early-season troubles, back-to-back victories against Eintracht Frankfurt in the UEFA Europa League and a thrilling comeback victory over Aston Villa showcased the character in his side.

However, Emery will now be hoping Xhaka gains confidence from this appointment and instils his authority into the side. The hard-hitting midfielder is crucial to maintaining a strong midfield core, but has come under fire for his timely errors as well.

Indeed, the Switzerland International has been criticized by fans quite a lot, but Emery hopes he will change his perception as the new club captain for the Gunners.

While the midfield general has been appointed an upgrade from his coach, Ozil has also been included in the captaincy sphere despite only making a few appearances this season.

This is especially baffling as Ozil has apparently also been put up for sale by Arsenal, who are being unable to sell him because of his high wage demands.

Apart from the German midfielder, Pierre-Emerick Aubameyang, Alexandre Lacazette and Hector Bellerin remain his fall-back vice-captains if the first-choice option is not available.

Emery will hope that Xhaka’s appointment has a positive impact on his side, with the Gunners lodging for consistency in order to retain their top-four spot throughout the season.

The Swiss International will have his first game as permanent captain at Old Trafford on Monday, where Arsenal travel to face the struggling Manchester United hoping to keep their top-four spot intact.