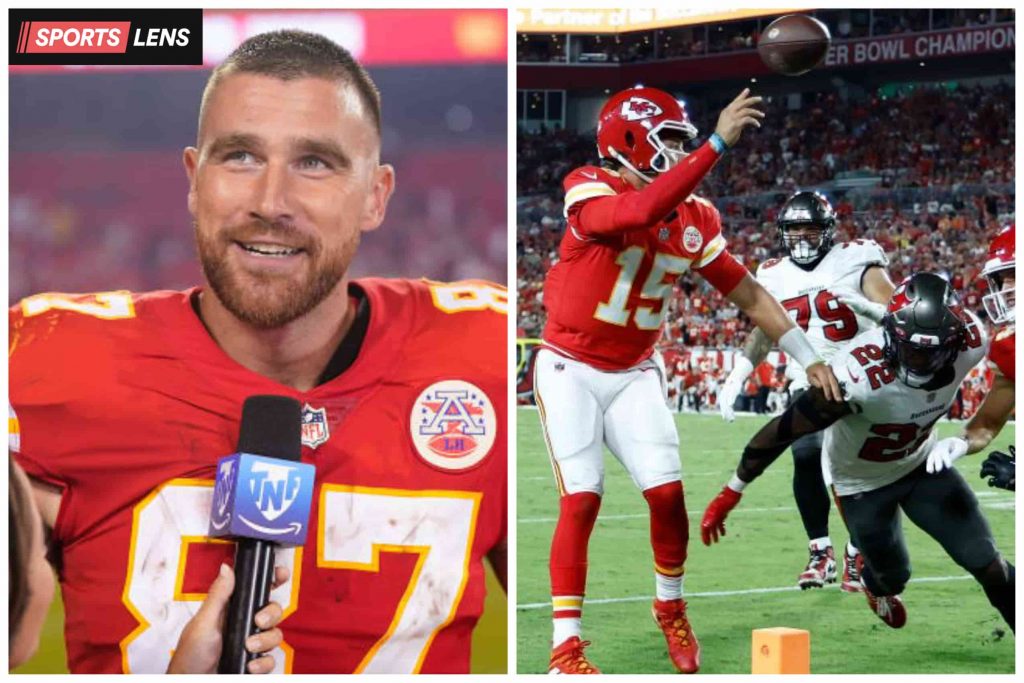 Kansas City Chiefs played out the game of the season so far in a 41-31 victory over the Buccaneers, and quarterback Patrick Mahomes was once again instrumental to their offensive success.

The 2018 MVP was in dazzling form to dispel any doubts over his or the Chiefs’ performances during their meetings with the Colts and the Chargers, leading them to their second 40+ point game in four weeks.

Kansas are widely expected to be challenging for the Lombardy Trophy this year and are so far 3-1. Their offensive options are stacked, anchored by Mahomes who many believe to be the best in his position at this moment in time.

His performance in Week 4 was brimming with flair, twirling his way through the Bucs’ defence, launching audacious sidearm throws while racking up another host of staggering statistics.

Patrick Mahomes should be banned from the @NFL, it’s just not fair what he can do.

The Chiefs were no doubt on form; 417 total yards with 189 rushing yards and two ground TDs, all the while Mahomes’ contribution was felt throughout, registering 249 passing yards and three more touchdowns along with one interception.

A truly magical performance from the MVP contender, who is now as short as +500 in NFL betting to clinch the award for a second time. Chiefs tight end Travis Kelce was full of praise when speaking about his teammate’s performance, saying, “the NFL hasn’t seen anything like Mahomes – I promise you that.

Patrick Mahomes is the fastest QB in #NFL history to throw for 20,000 yards. #ChiefsKingdom pic.twitter.com/zczFuOL6t5

His highlight reel is anything but the norm, and he added another unusual yet undeniably superlative piece of skill to give the Chiefs a 21-3 lead.

Purused out of the pocket, he circled back round the scrimmage before tip-toeing around Pro-Bowl linebacker Devin White with a humiliating 360 spin. He then popped the ball over the defence with a nonchalant pass to Clyde Edwards-Helaire who was positioned in the end zone for his second touchdown pass of the evening.

See below for the moment on everyone’s lips after the weekend.

Not in a playbook you've ever seen 😏