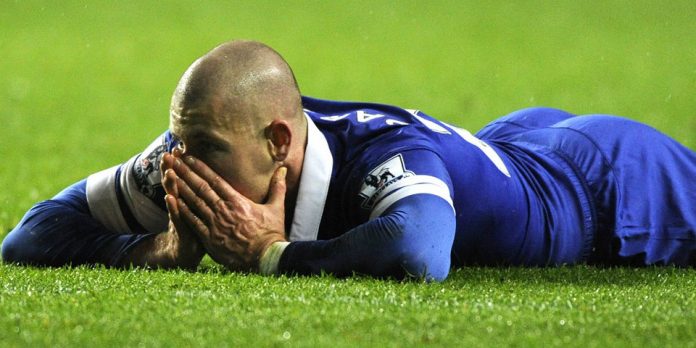 Chelsea are up to their old tricks again, having once again poached a rival’s main target right from under their noses!

The West London side announced the signing of Liverpool target Mohamed Salah this afternoon in a move that is highly reminiscent of the ‘Willian snatching’ debacle last summer involving Tottenham.

Today’s ‘Transfer Lens’ focuses on the rumour that Chelsea are looking to follow up from the capture of Salah with the signing of Everton midfielder Ross Barkley this summer.

Arsene Wenger has once again been off scouting the Barcelona youth, and we will take a look at one of the potential subjects of the Frenchman’s visit, Sergi Roberto. 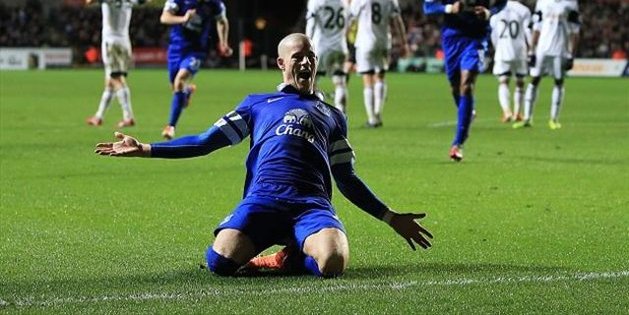 With the departure of Juan Mata all but sealed, Chelsea have moved fast to procure a direct replacement in the form of Basel winger Salah. But Chelsea reportedly have even bigger fish to fry, with the Daily Telegraph reporting that Jose Mourinho is targeting 20-year-old Everton prospect Ross Barkley.

Matt Law of the Telegraph explains that Chelsea are looking to snap up a new batch of English stars so as to comply with the Premier League’s homegrown rule.

Salah falls into the under-21 loophole, of which Premier League sides are permitted an unlimited number, but with the likes of Frank Lampard, John Terry and Ashley Cole entering the twilight of their careers, Mourinho is looking to bring in some of the best young English talent.

Southampton’s Luke Shaw has been earmarked as Cole’s potential long-term replacement, while Chelsea also want the immensely talented Barkley to be part of their strategy.

Chelsea chairman Bruce Buck and technical director Michael Emenalo reportedly met with Everton chairman Bill Kenwright in London recently, but it is not known whether Barkley’s name came up in conversation.

With Barkley set to star in this summer’s World Cup in Brazil, Chelsea may have been laying the groundwork for a potential bid this summer, with Everton yet to tie their man down with a new deal at Goodison Park.

Martinez laughed off suggestions when asked about Manchester United’s £50m probable bid for Barkley in December, saying: “You wouldn’t even get him on loan for that.”
Barkley is central to Martinez’ plans and real progression can already be seen under the Spaniard.

But just as Martinez needs Barkley to continue to take the club forward, Barkley needs to remain under the nurturing eye of Martinez so as to continue his improvement.

No way will Everton want to sell him, and it is hard to imagine Barkley leaving his comfort zone to join a star-studded side any time soon.

Arsenal certainly have a history of snatching young Barca talent.

Cesc Fabregas, Jon Miquel Toral Harper, Hector Bellerin, Ignasi Miquel and Fran Merida have all been caught in Arsene Wenger’s net, and now according to the Metro, Sergi Roberto could be set to follow in their footsteps.

The report claims that the player would leave the Catalan outfit if his first team opportunities do not improve, and that Wenger is considering a January move for the dynamic midfielder.

Valued at £6m, the 21-year-old is an all-action operator from the centre of the park, but has predominantly featured from the bench this season.

The price-tag is certainly within Wenger’s budget, and with the player open to the idea of moving, this seems like a credible rumour.

But Arsenal are not in need of another central midfielder, with the Gunners squad already chock full of potential options.

The best I can see is a move for the Spaniard, followed by his immediate loaning to a lower league club, not something the player will be looking for.

What do you think? Should Wenger move for the Spaniard? Will Chelsea sign Ross Barkley? Let me know in the comments below…