The January transfer window is beginning to go through the gears, with Chelsea poised to confirm the big-money signing of Benfica midfielder Nemanja Matic. It could well be the first of many spectacular winter acquisitions for the Premier League elite.

Here on Transfer Lens, we focus on the mutterings and rumours spewing endlessly from the transfer conveyor belt. Next!

Wonderfully unique, yet horribly underplayed; Chelsea’s king of crazy David Luiz is no stranger to transfer speculation, having been part of the rumoured Mata+Luiz+cash deal for Man Utd’s Wayne Rooney last summer.

Barcelona have long been linked with a move for the bouffant-haired enigma, and now Spanish newspaper Marca have reported that the Catalan side could make a £35m bid in the summer.

The report claims that Chelsea rejected a bid of £25m last summer from the Spanish giants, and that an improved bid come the end of the season could be enough to prise him away from West London.

Tom’s Verdict: The majority of Chelsea fans will struggle to look at this from the Brazilian’s perspective. He isn’t playing enough, and seems to not be a key figure in Jose Mourinho’s plans.

With the World Cup coming up, he will be worried. His place in the heart of the Brazil back-line will be under threat, and if Chelsea confirm the signing of Matic as expected, Luiz’ midfield opportunities will be severely limited.

Barcelona remain one of the top three premier destinations for any footballer in the world, and with Charles Puyol in need of replacing, David Luiz would be a highly tempting, aesthetically similar alternative to their Spanish stalwart. 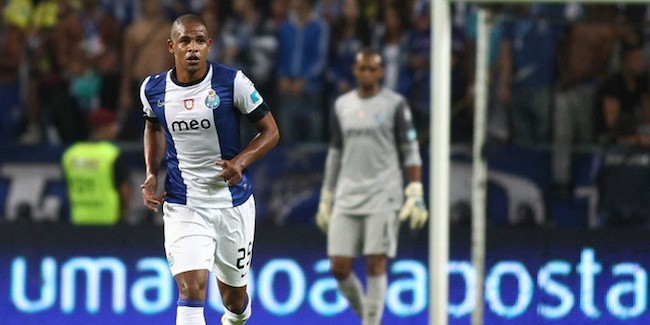 Porto’s dynamic defensive midfielder is a summer transfer target for Liverpool, according to the Daily Mirror.

The 26-year-old Brazilian is set to leave Portugal in the summer after his current contract expires, and has already been linked with the likes of Man Utd and Everton.

Now it seems as though Brendan Rodgers has taken an interest in the former Brazilian youth international, who is widely expected to depart the Estadio Dragao this summer.

Fernando is just the type of player that Liverpool need. His contract situation is interesting and that’s why so many clubs are vying for his signature. Can Liverpool prise him away from Porto? They should try at least!

What do you think? Should Liverpool sign Fernando? Will David Luiz stay at Stamford Bridge? Let me know in the comments below…