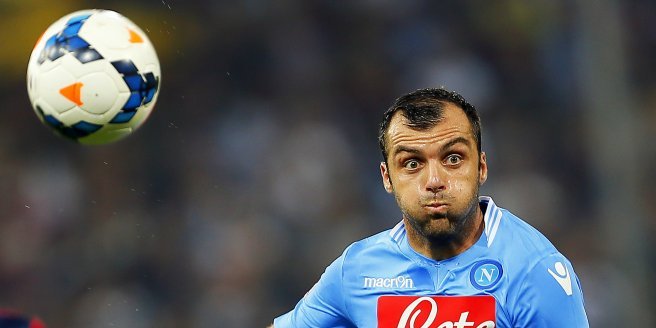 For those of you looking for respite from the relentless speculation concerning Juan Mata and his proposed move to Manchester United; you’ve come to the right place! 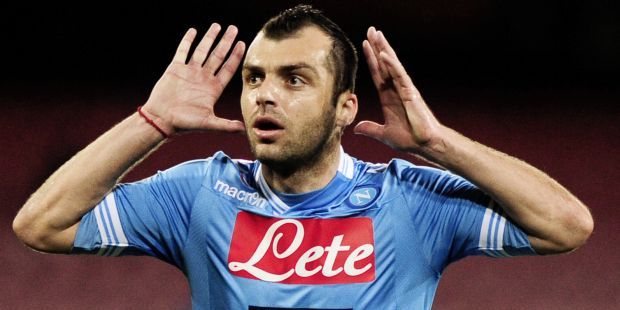 Tottenham are reportedly deep in conversation with Napoli over the sale of French midfielder Etienne Capoue this month, and according to Italian reports, striker Goran Pandev may be headed to White Hart Lane as part of the deal.

TuttoMercadoWeb have claimed that the Macedonian striker could be used as a makeweight, with Spurs eager to add another striker to their squad.

Jermaine Defoe has agreed to join Canadian outfit Toronto FC at the end of February, and with Emmanuel Adebayor the only firing striker at the club, Tim Sherwood would be wise to increase his attacking options in the coming weeks.

Never a prolific goalscorer throughout his career, Pandev has not managed double-figures since the 2009-08 season with Lazio!

With Roberto Soldado struggling with the pace of the English top flight, and Defoe jumping ship/continent next month, Spurs would do well to grab a cheap striker in this transfer window, but I don’t think they should plump for Pandev, unless as short term back up. 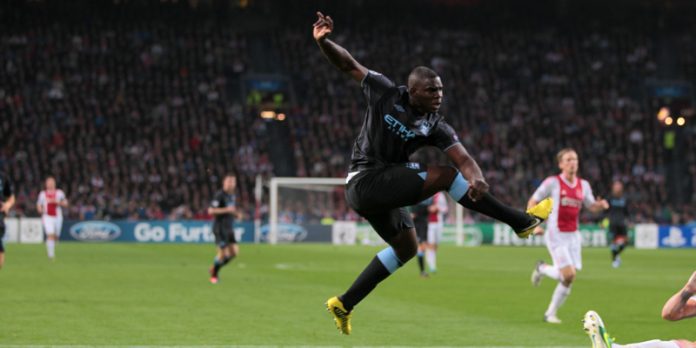 The forgotten man at the Etihad, Micah Richards has only made two Premier League appearances this season under Manuel Pellegrini, and is firmly the understudy to the Argentine Pablo Zabaleta.

According to the Daily Mirror, Arsenal have reportedly shown an interest in the 25-year-old, and could be willing to provide the England man with a route out of his Man City nightmare this month.

Tottenham have also been said to be eyeing up the full-back, whose current contract at City ends in at the end of next season.

Richards certainly should be looking for a January exit, as with Zabaleta firmly the club’s number one right-back, there will not be much playing time available for the England man.

Arsenal and Tottenham may be a step too high for Richards at present, as he has arguably not shown enough to warrant the reported links. This is no real fault of his, as he has not been afforded the chance at the Etihad.

A loan move to a lesser Premier League side would do him wonders, as he would play regularly, and be able to show the country what he’s made of.

What do you think? Should Arsenal go for Richards? Am I wrong about Pandev? Let me know in the comments below…