India
Home News tottenham will be looking for revenge against arsenal 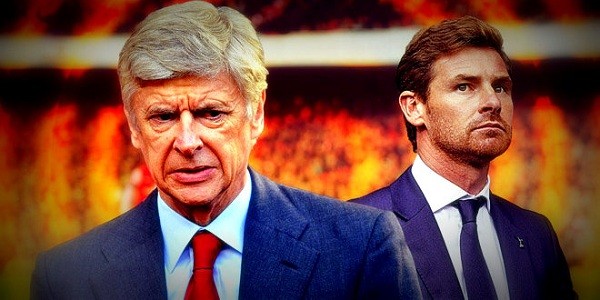 Saturday lunchtime will see the first North London Derby of the 2012-13 season, and the first encounter between the two rivals since Arsenal’s comeback from 2-0 down to crush Tottenham 5-2 didn’t so much halt Spurs momentum as brutally stomp on it until all life had been extinguished.

The defeat sparked both a monumental Spurs collapse and a revival in Arsenal’s fortunes that saw them salvage 3rd place, a barely believable feat after their shocking start to last season. And of course meant they finished ahead of Spurs for a 17th consecutive season.

This time round though both sides are in poor shape are below par starts to the season. Tottenham have lost three of the last four in the league to see pressure build on Andre Villas-Boas while Arsenal, bipolar as ever, are currently in one of their depressive moods, winless in three having had their worst ever league start under Arsene Wenger.

This match is two shot, over the hill boxers donning the gloves near the end of their careers. That may seem harsh, but both sides are inferior to what they were in years past and are being eclipsed currently by richer opposition.

The two teams may currently have all the momentum of a broken down train, but in pure footballing terms this fixture has been the best derby in the Premiership in recent years. 26 goals in the last five matches between the two show how entertaining their encounters have been.

Superb attacking football, often appalling defending, the inability of each side to close out the other and how even both sides have been has led to close, exciting, goal laden matches that thrill neutrals and induce swearing, shouting and high blood pressure in coaches and fans.

Arsenal, for so many years the bastion of fine attacking play have this season been very disappointing when in the attacking third of the pitch this year. Olivier Giroud, despite being handsome, French and  has been a very English player so far, combining appalling misses on the ground with stunning headers in the air.

Lukas Podolski after a good start has been fairly underwhelming. Theo Walcott and Gervinho continue to have the problem of having only one good game every five or six matches.

As disappointing as they’ve been going forward, a good start in their defensive displays this season has evolved into an alarming relapse into the chaos of previous seasons. Wojcjech Szceszny’s absence through injury hasn’t helped but against Reading, Fulham, Schalke and others they have been dreadful.

Thomas Vermaelen is a fine footballer and a talented player but is currently in woeful form, constantly being caught out of position and making errors. Andre Santos, whether it’s driving a car, playing at left back or even the seemingly easy task of walking off a pitch into the tunnel at half time shows little grasp of the basics of human behaviour.

Laurent Koscielny has reverted back to the mistake prone player he was when he first arrived at the club while none of their other defenders truly convince.

The strength of their side is in their midfield. Santi Cazorla had a tremendous start at the club, the ball when not glued to his feet being plonked perfectly to the feet of one of his teammates. Mikel Arteta has been consistent since joining last season while Jack Wilshere, despite all the bluster of the English media is an excellent player who just needs time to regain his fitness.

Arsenal’s decline in form though has coincided with a lapse in Cazorla’s form, showing a worrying tendency for the team to pin all their attacking hopes on one player when they’re not playing Reading in the League Cup. They need their midfield to cover up the gaps in attack and defence if they are to win on Saturday.

Tottenham go into the game in poor form. The high of a first win at Old Trafford for the first time since Margaret Thatcher left office has been met with a disappointing loss against Chelsea, a defeat limper than the average excuse for incomplete homework at home to Wigan and last weekend a late winner conceded to Manchester City.

The team is filled with indecision and indecisiveness. Brad Friedel is retaining his place in goal despite Hugo Lloris being younger, more athletic and most likely a better keeper. William Gallas, a veteran who’s increasingly becoming a liability is retaining his place when Michael Dawson or playing Kyle Naughton at left back with Jan Vertonghen slotting into the middle are perkier alternatives.

In midfield they will be without Mousa Dembele for the game. He may have only played four games since he signed in August from Fulham but he was excellent when he played, forming along with Sandro a powerful, dynamic midfield duo capable of wresting games away from opponents.

Spurs going into the game without him is like Wyatt Earp entering the Gunfight at the OK Corral without a gun in his holster. They miss him badly.

Without him there’s no natural candidate to play alongside Sandro. Tom Huddlestone is insufficiently mobile in Villas-Boas’s system, Jake Livermore isn’t particularly well suited to pressing opponents intensely either while Tom Carroll, as promising as he’s been in his Europa League appearances is unlikely to be trusted in a game of this magnitude.

While Spurs wait on Dembele in central midfield, they are desperate for someone to claim the attacking midfielders spot as their own. Clint Dempsey has been surprisingly ineffectual while Gylfi Sigurdsson has all the confidence of a seven year old that’s just wet himself in front of his classmates. Both are effectively being carried by their teammates and turning Spurs into a ten man team every time they play

A solution to this and one vociferously backed from the stands is for Spurs to play both Emmanuel Adebayor and Jermain Defoe up front. Defoe, ‘on fire’ according to every pundit under the sun has played decently at times but not nearly as well as the media would have you believe. Against QPR he completed five passes all match when he was a lone centre forward which is a borderline disgrace at Premiership level.

Adebayor may be awkward for managers and prone to mysterious nagging injuries but is all round a far superior player. He’ll likely be starting against his former club on Saturday and if he isn’t starting (assuming he’s not injured or driven to Dundee in bare feet while eating a Toblerone) it would be a disgrace, an offence against football.

The match may be two dogs in the park scrapping over an old and worn tennis ball, two sides who at best will finish fourth and not go close to troubling the top three. Neither are particularly good football teams right now. But for neutrals it’s a game that has thrilled before and with neither side defending very well may well thrill again. As regards the managers, the winner will get praise while the loser will be told he should be sacked.

To the fans though, the game means an enormous amount. Without fans, the great game we know and love wouldn’t exist. And it’s them who the game will matter to most on Saturday afternoon.