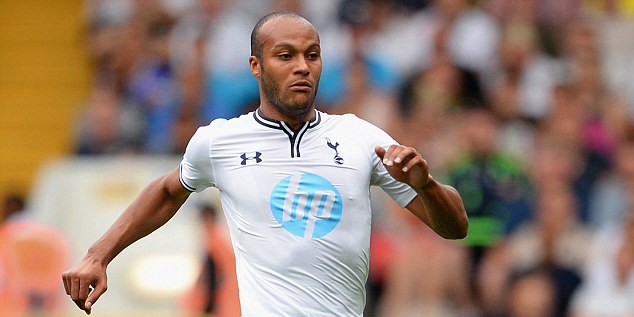 Spurs centre-back Younes Kaboul has moved to quash rumours of a potential switch to fierce rivals Arsenal at the end of the season.

I can confirm 100% that the rumour about me joining Arsenal is not true!!! #coys

Kaboul is out of contract in the summer, and the Daily Star had claimed that the 28-year-old was open to the idea of moving to the Emirates, with Wenger surely looking to bulk up his defence in the summer, especially if Thomas Vermalen leaves the Gunners.

But the defender has now convincingly ended the speculation with his tweet, leaving Arsenal to look elsewhere for reinforcement.

Although dead in the water, the idea of Kaboul jumping across north London is reminiscent of Sol Campbell’s free transfer from Spurs to the Gunners way back in 2001.

Campbell established himself as of the finest defenders in Arsenal’s ‘Invincibles’ side, but Tottenham’s fans labelled him “Judas”, and Campbell was the subject of incessant boos whenever he took to the pitch at White Hart Lane.