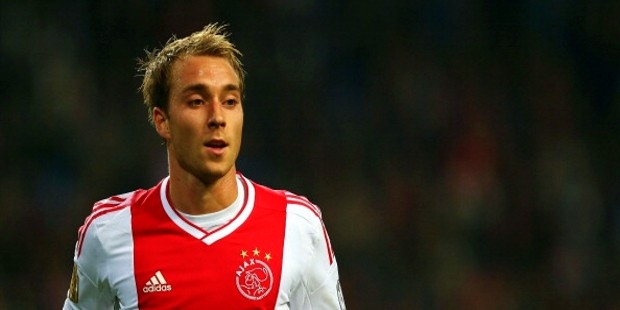 Ajax star Christian Eriksen has been linked with a move to the Premier League ever since he turned down a new contract at the Dutch club. The two big English sides thought to be interested in him are Liverpool and Tottenham.

He would probably prefer a move to Spurs as they are likely to finish the season in the top four, which means Champions League football. However, they don’t need him for several reasons which means Liverpool have a clear advantage if they want to go after him when the summer transfer window opens up.

Spurs don’t need him because their priorities are quite rightly in another area, which is the attack of the side.

What Tottenham need to add to their team ahead of next season is a prolific striker who has the ability to score a high volume of goals consistently, which will take some of the pressure away from Jermain Defoe and Gareth Bale.

It would be pointless of the side to spend money on a player they don’t necessarily need, which could be diverted into an area where they could be required to pay a competitive fee to get their man.

Tottenham would have to pay a fee for Eriksen because his current deal at the club doesn’t expire until next summer. If Ajax are going to sell, they will try and get the biggest fee possible.

They also don’t need him because they are blessed with midfield players who all do various roles in the side, as well as the attacking role that Eriksen would come in and provide.

Scott Parker, Mousa Dembele, Lewis Holtby, Gylfi Sigurdsson and Gareth Bale among others can all play in a variety of positions in the middle of the team, which means there is no space or need for Eriksen to be in the team.

There is also a valid argument that Spurs should be going after a much higher profile this summer, if Andre Villas-Boas does feel as though he need to add to the attacking side of his midfield.

This is especially the case if the club finish with Champions League football as Spurs will want to at least match their achievement the last time they were in the competition, which means making the last eight.

Eriksen is a solid player and someone who would add quality to Tottenham but they don’t need him because they have cover in his position and Daniel Levy needs to release funds for more important transfers.