With just five days remaining for the transfer window to slum shut, the market is just hinting to go crazy and berserk, if not already. Tottenham have finally agreed a €30m deal for Erik Lamela;Real Madrid stars unwilling to move elsewhere; Chelsea want to sign yet another winger (yes, you read that right) and plenty more in our Premier League transfer round up segment today. 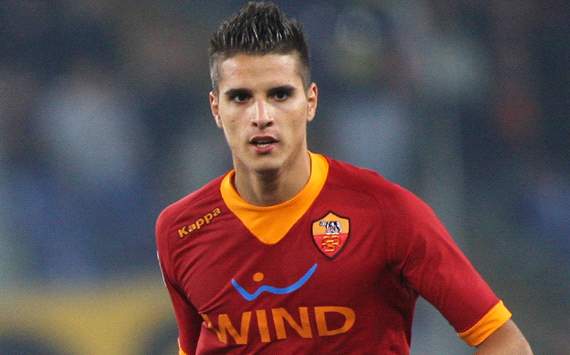 Tottenham have agreed a deal to sign Roma’s mercurial talent Erik Lamela after the Serie A club accepted a bid of €30million. The 21-year-old enjoyed his best campaign last season, where he scored 15 league goals and would replenish the void easily at Spurs, should Gareth Bale complete a world-record £86m move to Real Madrid.

A statement published on Roma’s official website read: “Roma announce they have signed a contract with Tottenham for the outright sale of the playing rights of Erik Lamela, in exchange for €30million.

“The agreement also includes the obligation to pay €5million in bonuses related to the achievements of the player and the English club.”

Meanwhile, Spurs boss Andre Villas-Boas has confirmed today that Bale would fulfill his dream move to Real Madrid before the transfer window closes, but was irritated with the way the saga has panned out.

More with Spurs – the North Londoners are looking to add the highly talented Ajax playmaker Christian Eriksen to their squad and would be preparing a £12 million bid for his services in the next few days.

The Blues had already agreed a deal with the Russian club Anzhi Makhachkala for Willian, who has signed a five-year-contract with the West Londoners. He has been granted a work permit while will wear the 22 jersey. For detailed story, read here.

The Blues are also looking to add another winger to their ranks, and are closing in on Porto ace Christian Atsu for £3.5 million. Read here, for detailed story.

Still with Chelsea, and reports emerged that Newcastle United are looking to re-sign their former star Demba Ba on a season long loan.

Mesut Ozil and Angel di Maria were linked with a move to Premier League clubs Arsenal and Manchester United, but both of them have revealed today that they have no intentions to leave Madrid at the moment.

However, the landscape can change drastically, should Bale join the La Liga giants. The Los Blancos might dispense with either of them or both of them to balance the cheque book.

Elsewhere, Liverpool are closing in on the highly rated PSG defender Mahamadou Sakho while Brendan Rodgers will move to sign Chelsea forward Victor Moses on a season-long loan.

And finally, sigh of relief for Manchester United fans, as Wayne Rooney is not looking to hand in a transfer request, while the England international could be offered a new contract at the Old Trafford club.