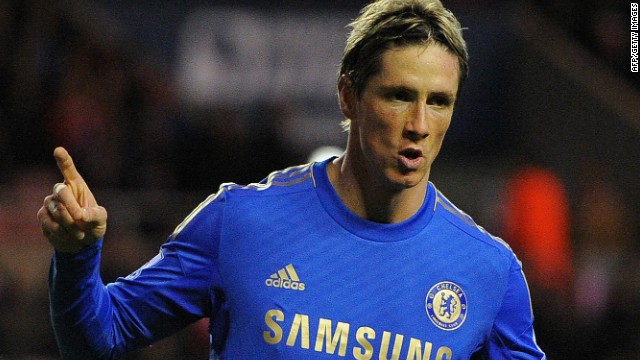 Many have tried, but to date all have failed. It’s the quest for the Holy Grail; a riddle to rival that faced by the Prince in Tourandot; a challenge to make even Indiana Jones hide under his hat. How do you get the best out of £50million misfit Fernando Torres? Once the most feared striker in Europe, Torres is now a mere pastiche of his former glories. To get the striker back to his barnstorming best will take something special – or perhaps, someone special; in fact, maybe just a “Special One.”

News coming out of the Chelsea camp is that Chelsea manager Jose Mourinho has declared that the Spaniard is central to his plans for the Blues this season.  Since joining the club in 2011, it’s been a pronged struggle for Torres. Apologists for the player would say that one of the main reasons for the problem is that in a team built for Drogba, Torres is an inevitable misfit. There’s probably more than an element of truth in that. As Mourinho commented to the Portuguese press “when we see Torres with his back to goal, surrounded by two or three opponents, we know that he is not going to produce a piece of magic.” He went on to describe that it was too late in the 29 year old’s career to remodel his mode of operation, and that the solution lay more in improving the way that the team play with him.

Last season saw him net a relatively impressive 23 goals, but given Chelsea’s hyperextended season, that came in the grand total of 75 games. Strangely however, the issue is almost not about the goals scored, but more about the chances squandered. Mourinho described how when an instinctive chance fell to him, Torres would normally score, but on the occasions when in a one-on-one situation, of late he has failed to convert the chance.

Mourinho however seems committed to keeping faith with Torres – should Chelsea fail to capture Wayne Rooney from Manchester United, he may have little alternative, other than the young Belgian striker Romelu Lukaku, he would have little alternative. If the manager is to transform Chelsea into genuine title challengers however, the team will need an effective spearhead as the cutting edge, whether that player’s name is Torres or Rooney.

Should that player need to be Torres, it will require an achievement equal to almost any that Mourinho has achieved in his illustrious career, to deliver him as an effective striker once more. It was ironic perhaps to hear that Mourinho described Torres as “highly motivated, he works very hard.” It could have been someone describing Mourinho himself. It will certainly take a good measure of those two qualities to unravel the Torres enigma, but if it can be done, Mourinho is probably the man to do it.

For more from All Blue Daze, follow the writer on Twtter.