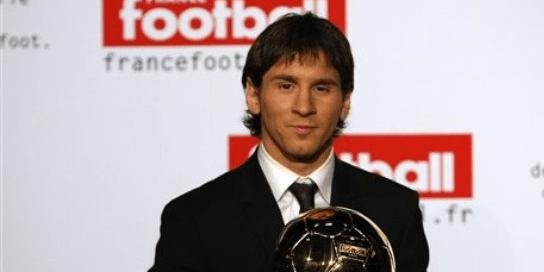 Lionel Messi has just become the most prolific goalscorer in a single year, here is our take on the top ten of all time.

Messi is widely hailed as the greatest football player to have ever graced the game. He personifies the philosophy of football at Barcelona and he still has the best part of a month to add to his tally.

Gerd Muller was one of the most feared strikers in Europe during the early 1970s. The Bayern Munich legend is one of the greatest finishers the game has ever seen. His movement, touch, pace and skill meant he literally scored goals for fun.

Very few will have ever heard of Godfrey Chitalu but in terms of goalscoring in a single year he is up there with the very biggest names in the game. His record includes the most hat-tricks in a single year for an African based player.

Pele is widely accepted as the greatest player of his generation. The Brazilian forward often forced teams to think outside the box in how to deal with him and he was extremely prolific for club side Santos and played a major role in global tournaments for Brazil.

Deak was the key figure in the Hungarian attack of the 1940s. He scored 129 goals between 1944 and 1947 for his club side in just 72 appearances with 1946 making him one of the most prolific strikers in Europe and the world.

Romario defined the Brazilian team of the 1990s and many suggested his move away from Barcelona was a sign that he would never be the same player. However, the weakened defences of the Brazilian league allowed him to cause chaos among the opposition defence.

Henk Groot had two spells with Ajax; one between 1959 and 1963 and the second between 1965 and 1969. His best season for club and country came in 1961 when he bagged 64 goals in all competitions and competitive matches.

Estimates from Everton records and sources suggest that Dixie Dean bagged a total of 63 goals for club and country in 1927. He even scored five in a single league game against Manchester United as Everton won 5-2.

Cristiano Ronaldo is the most expensive player in the history of football costing Real Madrid £80 million in 2009. He has an average strike rate of greater than one goal per game for Madrid and were it not for Messi in 2012, everyone would be talking about whether he could catch Pele.

Records show that Josef Bican is one of the highest scoring and most consistent goalscorers in the history of football. He scored over 50 goals in a year on two different occasions with his most prolific spell coming in 1943. Many suggest his record in the early 40s was enabled by the Second World War.

* – Still playing with time left in the specified year.