The 2022 NFL season is set to feature three games that will kickoff in England starting this weekend in the capital, at the Tottenham Hotspur Stadium.

There’s been 30 games in the UK since the first ever one back in 2007. The New Orleans Saints are set to face off with the Minnesota Vikings this Sunday. A week later, the New York Giants take on the Green Bay Packers. There’s also one more game scheduled towards the backend of October, with the Denver Broncos playing against the Jacksonville Jaguars.

Over the years, there’s been some fascinating moments when American football has come to the UK, here’s our look at the top five moments down below.

It was the first NFL game that was ever played in London, England and it was a record-breaking night, albeit the poor weather and fairly poor quality of football.

It was an ugly, rainy night and the eventual Super Bowl champions came out top with the New York Giants winning 13-10.

Eli Manning scored the first NFL touchdown that London had ever seen, and it ended up being the winning one too. Manning saw a gap and got the TD for his side by rushing 10 yards.

The New England Patriots showed the world what they could do in the NFL’s annual regular-season game at Wembley Stadium, by hammering the St. Louis Rams 45-7. There’s no secret why the Pats reached the Super Bowl final in this season.

After the Patriots gave up an early 50-yard play, Tom Brady responded by leading five straight touchdown drives in a vintage performance for the then 35-year-old.

Brady and the offence exploded in balanced fashion, while their highly criticised zed defence flashed their aggressive side and showed encouraging signs of improvement. 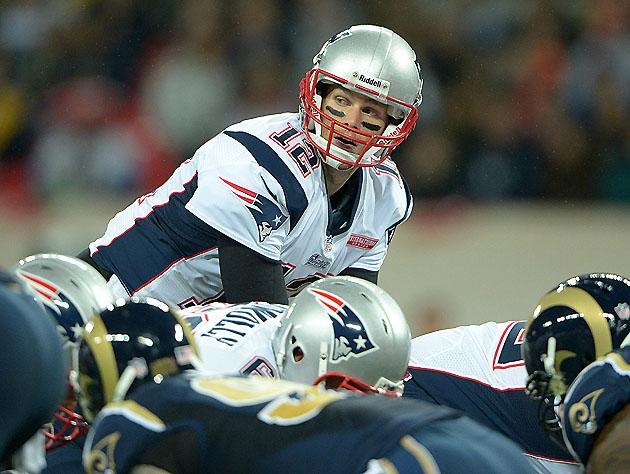 Allen Hurns’ touchdown for the Jacksonville Jaguars back in 2015 is still one of the best moments in NFL London history.

It was an enthralling encounter, in a topsy-turvy game, the Buffalo Bills took an early 3-0 lead, only for the Jags to turn up the heat and storm back into a 27-3 lead heading into half time.

The Bills then had a comeback of their own to come, eventually leading 31-27 in the closing stages of the game.

However, what happened next was out of this world. There was still time for one final play for the Jags, whilst down four.

Just before the two-minute warning, the Jags won the game with an astonishing catch in the corner of the endzone by Hurts, to take the win back to the States for the Jaguars.

What's your favorite #Jaguars moment?@age2k6 said it's Allen Hurns and a beautiful sideline grab to score the go ahead touchdown in London back in 2015. pic.twitter.com/YHKhxX7WPF

In only the second NFL game to be played in London, the NFL got exactly the sort of advert they were looking for in the thriller at Wembley Stadium. The New Orleans Saints narrowly beat the then San Diego Chargers (Los Angeles) in a high scoring affair with a 37-32 win.

After the first NFL game in London in 2007, fans would have hoped to see more action than the low scoring 13-10 bout between the Giants and the Dolphins – and they got exactly that.

The two sides thrilled a more than happy crowd of over 83,000 in London.

New Orleans did lead for the majority of the match, until a Chargers fourth quarter fightback, however the Saints defended well in the final minutes to prevent a late Chargers drive.

Landon Collins stole the show at Twickenham in 2016, in the first ever non major rugby union event in the stadium’s 109 year history.

There was a moment to savour for Collins and the Giants as the cornerback picked up a wayward pass from the Rams’ Case Keenum before weaving past his opposition for a memorable first career touchdown as he zig-zaged across the field.

Collins continued his heroics in the fourth quarter, helping the Giants take the ball into the Rams’ territory with another decisive run.

This performance by Collins won him the NFC Defensive Player of the Week as the former Alabama All-American led the Giants with eight tackles, two intercepted passes and his first touchdown 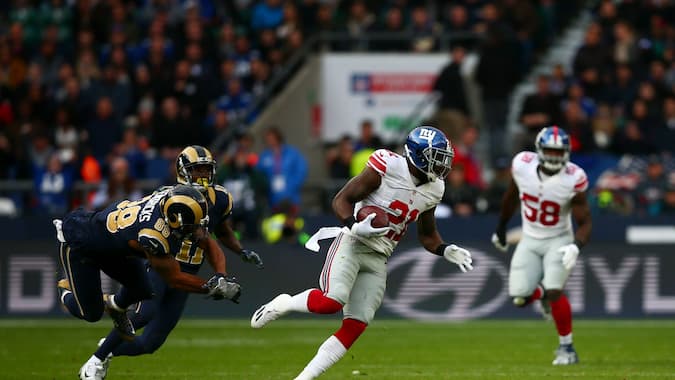