The English Premiership’s most costly bench-warmers have been revealed today in a new list published by football scouting website IMScouting.com. The list gives a “Cost per game” value for each club’s top benchwarmer, i.e. a ratio of the player’s salary divided by the number of games played since August 2007. Unsurprisingly, the kings of injuries (Man Utd’s Gary Neville, Man City’s Valeri Bojinov, and Newcastle’s Kieron Dyer at the top) reign supreme.

If you recall, this list is somewhat similar to the one done by Italian newspaper Gazzetta dello Sport about a year ago (see The 10 Most Expensive Benchwarmers of 2007-08 here on SL), except they didn’t use salary but transfer fees in order to make their ranking. 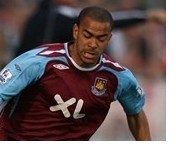 For the English Premiership, heading the league is West Ham’s injury-prone Kieron Dyer, who having played no more than two Premiership games since August 2007 has cost the Hammers an estimated £1,100,000 per game. Wow.

He is closely followed by Manchester United’s Gary Neville, who is only now returning to first team action following a succession of long-term injuries. 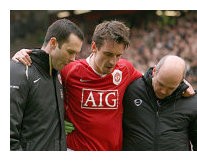 Since the start of last season, Neville has played just four Premiership matches for the Premier League Champions, putting his estimated cost per game at £840,000.

Manchester City fans won’t be surprised to see the unfortunate Valeri Bojinov as their club’s most costly non-performer. Since signing for the Eastlands club in the summer of 2007, Bojinov has played a mere four games due to injury, putting his cost to City at an estimated £480,000 per game. 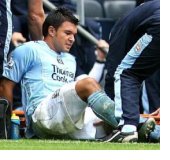 Other high profile names on the list include Tottenham’s perennially-crocked Ledley King, costing an estimated £285,000 per game since last August, and Chelsea’s Carlo Cudicini, who has cost his club an estimated £225,000 per game over the last season. Pretty expensive for a back-up keeper right? Then again, if you’re Roman Abramovich you can afford it…

Everton supporters will be hoping that Louis Saha starts delivering more value for money than his estimated current £67,000 per game, whilst Sunderland manager Roy Keane may start wondering if his old friend Dwight Yorke has been worth an estimated £58,000 per game since joining the Black Cats.

As mentioned, IMScouting.com (football’s largest new database for football professionals and fans around the world) created the list by calculating the ratio of estimated salary against Premiership games played amongst players at each top flight club since August 2007. At the time this article published, that was a period of roughly 46 weeks.

.
The full list of the Premiership’s costliest bench-warmers, and much more can be found at www.imscouting.com.