When stripped to its foundations, getting goals is the aim of the beautiful game, and strikers are generally charged with providing the goods. The Premier League has been graced with a plethora of some of the world’s greatest forwards since its inception, with English punters perennially debating which striker takes the crown of the best ever on English soil. 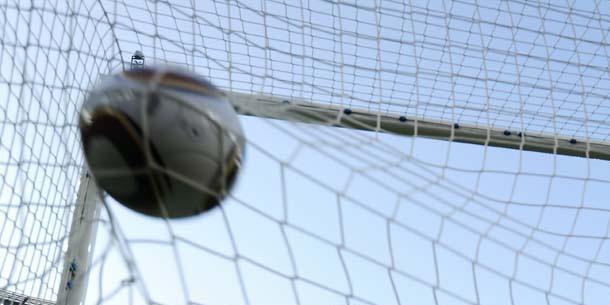 Here at Soccerlens, we have long debated this issue, and we have found it an almost impossible ask to whittle it down to just one hitman, considering the varying talents and abilities of the many wonderful strikers we have seen over the years.

From the small and skilful, to the burly battering rams; Premier League greats have come in all shapes and sizes. Here is our attempt at a Top 10; a list of names so fantastic it makes the teeth ache. Is there one particular individual that bests the rest? 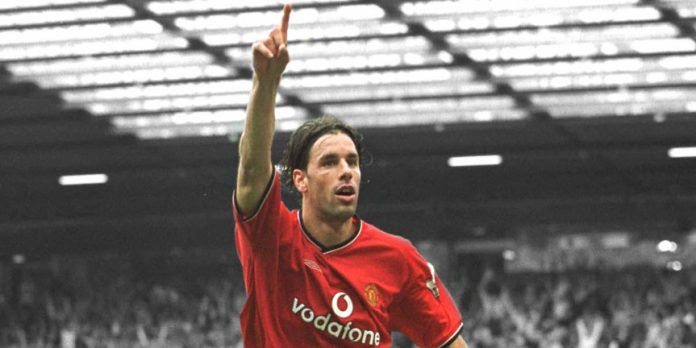 Signed from PSV Eindhoven in the summer of 2001 for £19m, Van Nistelrooy quickly became one of the world’s most feared strikers, scoring a cracking 23 goals in his first season at Old Trafford.

His 95 goals from 150 games in the Premier League is nothing short of sensational, with the Dutchman winning every domestic prize during his five-year stay in Manchester.

A rampaging menace up top for Chelsea for eight trophy laden years at the Bridge, Drogba is best remembered for being the ultimate cup-final player, but his Premier League record is nothing to scoff at.

The three-time Premier League winner was at his devastating best during the 2009/10 season, where he smashed in 29 goals in 32 games, earning himself the Golden Boot for the second time in his Chelsea career, as well as the fear and respect of the majority of league defenders across the country.

Captain fantastic for Newcastle during his decade-long stay at the club, Alan Shearer is the epitome of the English number nine; powerful, brave, and a fine goalscorer to boot.

Starting off at Southampton in the 80’s, Shearer began firing on all cylinders at Blackburn, which subsequently earned him a world record £15m move to Newcastle in 1996, where the striker just couldn’t be stopped in front of goal for love nor money.

Still the Premier League’s all-time record goalscorer with 260 goals (nearly a hundred more than Wayne Rooney in fifth), Shearer will stand the test of time, and be remembered as one of the country’s very best.

Long before Mario Balotelli strut his stuff for the noisy neighbours, a certain mavarick Frenchman was tearing up pitches across the way, forever etching himself into the Premier League history books.

Eric Cantona is fondly remembered for a great many reasons, but his abilities with the football were quite exceptional, with the former Leeds United frontman wowing the country with countless examples of devil-may-care panache during his five-year stay in Manchester.

One of the front-runners for the prize of best ever striker, Henry was nothing short of a revelation for Arsenal, terrorizing defences across the land with his stunning burst of pace, and accurate finishing.

Coming in with 174 goals from 254 games for the Gunners over eight years, the Frenchman’s celebratory sneer was a familiar sight for many seething defences for the best part of a decade. 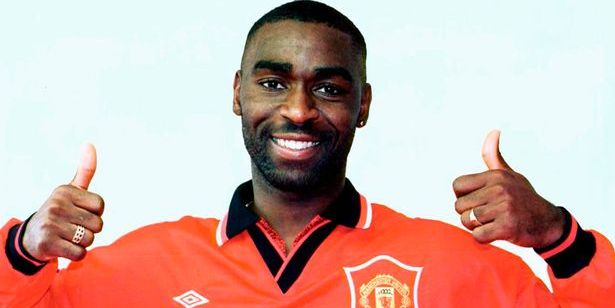 A product of the Arsenal youth setup, Andy Cole became one of the most clinical strikers in England, first for Newcastle, then for the Gunners’ fierce rivals Manchester United.

After scoring a stunning 55 goals in 70 games for Newcastle, Cole was sold to United in January of 1994, much to the horror of the Geordies. The striker went on to form a deadly partnership with Dwight Yorke at Old Trafford, scoring 93 in 195 in the league, and winning five Premier League titles during his eight year stay. 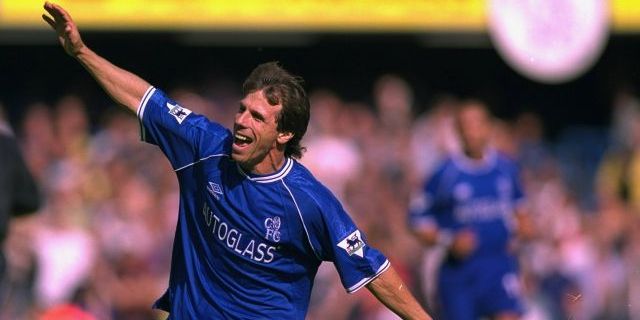 Inexorably fixed in Chelsea folklore, the diminutive Italian was a glimpse of things to come at Stamford Bridge, with the Russian billions just over the horizen as Zola ruled the roost in West London.

Not a goal-scorer by trade, Zola was a wonderfully inventive second striker, with the ability to win a game with a delicate touch from his right peg. Loved unconditionally by everyone associated with the club, there was even a rumour that Roman Abramovich attempted to veto the then 37-year-old Zola’s transfer to Cagliari, by buying the Italian club outright!

The only striker still plying his trade in the Premier League today, Rooney deservedly joins the legends on this list due to his superb goal-scoring tally, and an almost unique ability for the game as a whole over the past decade in Manchester.

While Rooney is an accomplished striker, such is his all-round ability, that he can easily slot into almost every position on the pitch. He also won the ‘Premier League Goal of the 20 Seasons’ award for his unbelievable effort against Manchester City.

His 152 goals for United, and 167 in total including Everton, puts him as the only current contender to Alan Shearer’s goal-scoring record. At 28, he still has time… 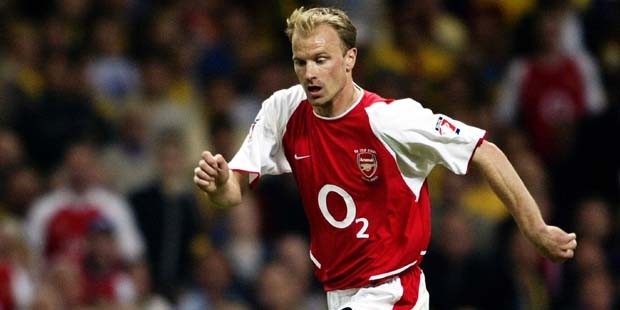 As I mentioned at the beginning of this list, it is quite ask to pick one striker from the bunch, and as Dennis Bergkamp rolls in as we near the bottom, our task just became impossible.

A dazzling maestro with the ball at his feet, the Dutchman is rivaled only by Chelsea’s Zola as the best second striker the Premier League has ever seen.

Playing just over 10 years for the Gunners, Bergkamp’s time in North London was peppered with some of the most magical goals you would ever hope to witness. 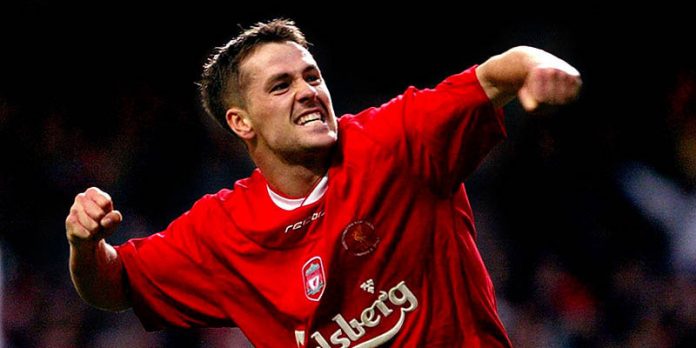 A speed demon of the highest calibre, Michael Owen climbs into the list with his wonderfully consistent goal-scoring record for Liverpool from 1996-2004.

It was a hard call between Owen and fellow Merseysider Robbie Fowler, but I’ve plumped for the former, and while many may have forgotten how gifted a finisher Owen was, considering so many ill-fated spells in the latter stages of his career, when in his prime, there were few better.

Winner of the 2001 Ballon d’Dor, Owen bagged 118 goals in 216 Premier League games for Liverpool, but only got his hands on the Premier League trophy when playing for arch-rivals Manchester United.

Who Is The Best Striker In Premier League History?

What do you think? Who is the best striker on this list? Have I missed anyone out? Get voting, and let me know in the comments below…