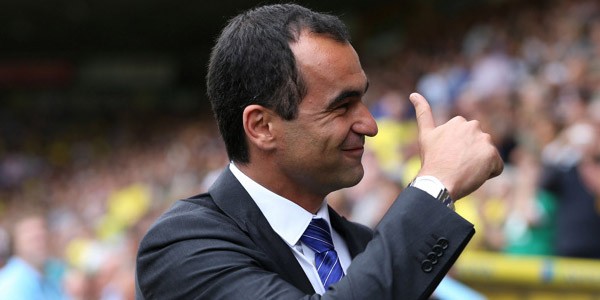 As we enter October, approaching two months into the new Premier League campaign, events are unfolding in an intriguing manner. Not least for Roberto Martinez as Everton manager. Going into the final fixture before the final international break of the year, the Toffees were sitting pretty in fourth spot. However, after finally losing their unbeaten streak on Saturday, Everton now need to show they can bounce back.

Prior to this weekend, with six games played, only Arsenal, Liverpool and Spurs perched higher than Roberto Martinez’ charges. The opening to the 2013/14 season has been particularly rosy for Merseyside as a whole, as it has for North London.

The Toffees began the season relatively sedately, clearly with Catalan Martinez putting his differing style into action. In the opening games they drew away at Norwich, home to West Brom and again away to Cardiff. In their fourth game at Goodison versus Chelsea, Everton displayed their fighting spirit in an almost Moyes-esque 1-0 victory, but it was the following week at the Boleyn Ground where arguably Everton showed their true steel and true potential.

Having beaten a title contender, it would be easy to think Roberto Martinez could manufacture a result in East London, but he fact is Upton Park is one of the toughest places to get a result especially in the era of Sam Allardyce. So when the Hammers scored the opener after Ravel Morrison’s 31st minute goal and led at half-time the task seemed even more daunting.

At half time, the Everton boss brought on Romelu Lukaku – who the Toffees had snatched away from West Brom on loan late on transfer deadline day – and it was a move which is no exaggeration to say transformed Everton. However it was old boy Leighton Baines whose wizardry equalized and then later on levelled, with two spellbinding freekicks. At 2-2 it was Belgian Lukaku whose diligence paid off, as he headed in for the decisive goal.

Last week, Everton were simply too good for Newcastle even if the scoreline didn’t reflect so. After having drawn the opening three games, the next three were won; nothing if not consistent.

When Roberto Martinez took over the reigns at Goodison Park, many doubted the Spaniard’s attacking style would suit Everton, despite the defensive foundations already being in place. But what has become apparent so far at least, is that Martinez’ has added his own unique brand of football to Everton’s game.

At Wigan, Martinez frequently employed wing backs, even if his defensive shape had four at the back. Baines was already classed as such and so much more, but now Seamus Coleman has assumed the role Emerson Boyce played for the Latics. The difference being the Irishman’s pace is far greater, allowing Coleman to not only maraud down the wing into the area, but also get back to make defensive tackles with relative comfort.

Another element of Roberto Martinez’ game that has become entrenched, is his penchant for the lone striker and ‘player in the hole’ to spearhead his attacks. To begin with he started with Nikica Jelavic in attack but from the get go this term he has used former Everton youth player Ross Barkley behind the Croat.

Versus Newcastle, Lukaku started ahead of Barkley to immediate devastating effect with the bullish midfielder notching his second goal of the season after a threaded pass from the hulking Belgian. The understanding the two share could lead to an extremely fruitful partnership for the Toffees. 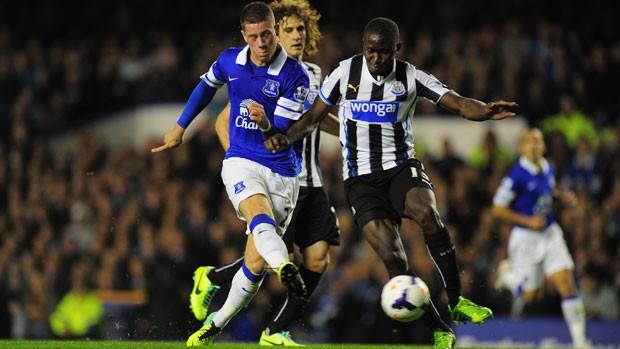 When Marouane Fellaini was promoted to higher up the field for Everton, it worked a treat for David Moyes. However waiting in the wings was a precocious teenager that many had been speaking of as the best Everton product since Wayne Rooney. Barkley was limited to occasional appearances from the bench. That’s not to say Fellaini held the club back, but certainly Barkley’s progress was stinted.

With the other two arrivals on deadline day Martinez captured the Toffees boss had done some excellent business; Gareth Barry is a workhorse and as he showed versus Jose Mourinho’s side he works tirelessly. James McCarthy is also an excellent signing, if not as yet statistically speaking that is.

Seven games into the new season and with first defeat thrust upon them, Everton will be licking their wounds. Luckily they now have two weeks to regroup and go again. The Toffees will face further tough days at the office, but when the Premier League recommences they have the perfect opportunity to re-assert themselves versus a stubborn – but beatable – Hull City at Goodison.

They then travel to Villa Park, before hosting Spurs and then travelling to South London to visit Crystal, so when the Merseyside derby comes around on Nov 23, Everton will have had more than enough time to collate a decent points haul. For any chance for Roberto Martinez’ men to re-establish themselves, that will be vital.