According to reports from Gazzetta dello Sport, Italy’s famous pink newspaper, Manchester United, Chelsea and Juventus all are interested in the Belgium midfielder Axel Witsel.

The newspaper mainly has covered the story from Juventus’ point of view, claiming the Seria A champions could look to sign Witsel, if Paul Pogba leaves the club in the summer. 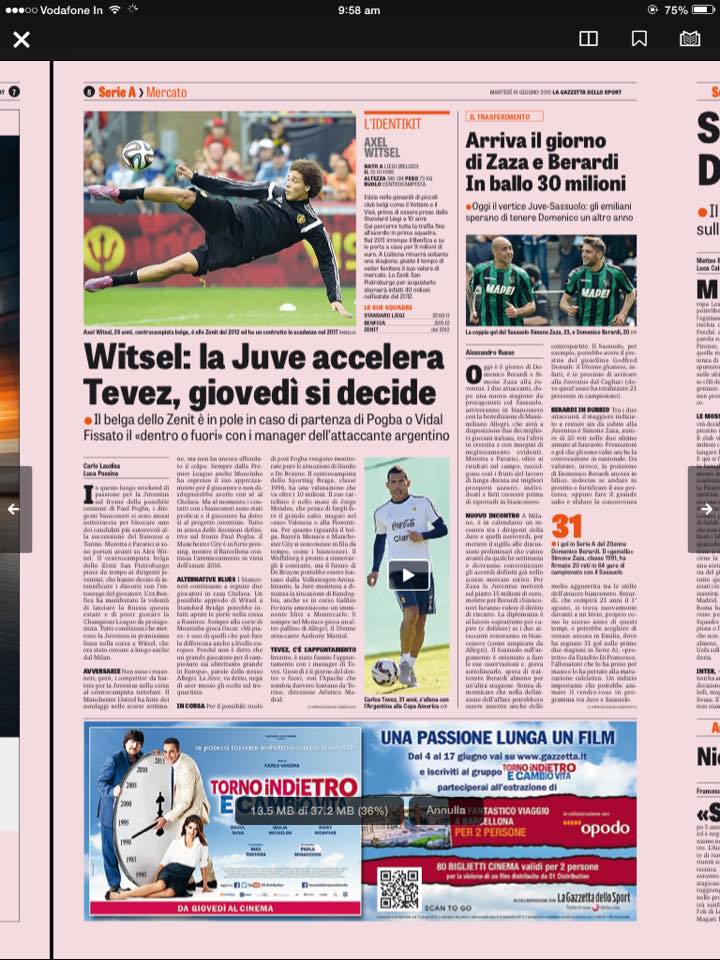 According to the report, Juventus have started looking for possible replacements in case their star midfielder Paul Pogba, who is wanted by a host of European heavy weights, leave in the summer.

The Old Lady have been tracking Witsel for quite some time & have now decided to intensify talks with the player’s agent.

Witsel, who plays for Zenit, has expressed his willingness to leave Russia this summer & join a team that compete in the Champions League. He had expressed his desire in the past to join the Premier League as many of his national team mates play in England.

Manchester United have made some inquiries in recent weeks but nothing formal yet. Everything is at an early stage and there is nothing concrete about their interest in the player. It was just an initial contact that took place over the past few weeks.

Premier League rivals Chelsea are also interested in Witsel. Mourinho likes the player but the Blues haven’t approached Zenit or his agent with a formal offer.

Gazzetta says the Belgian has already given an ‘OK’ signal to Juventus sometime back, however, everything hinges on Pogba’s situation.

Juventus also continue to monitor two Chelsea players; Gazzetta says that if Witsel lands at Stamford Bridge, it will open the door for Juventus to go after Brazilian midfielder Ramires. Oscar is another player who Juventus consider as their priority signing. Allegri already has admitted to being a fan of Oscar, while there are reports today that Chelsea could be willing to sell him for €30m.

There is no mention of transfer fee quoted in today’s article, but Gazzetta have been reporting in the past few weeks that Witsel would cost around €25m.