Liverpool may or may not win the Premier League this season, but the Reds are certain to qualify for the Champions League.

Brendan Rodgers will be hoping to lure marquee names to bolster his squad, but he may also go for one or two cheaper options as well. We take a look at three free agents Liverpool would want to sign in the summer.

Bacary Sagna will be a free agent when his current deal expires this summer. The French right back has been one of the key performers for the Gunners this season and although Arsenal wish to keep him at the club, both parties are far from agreeing a new deal.

Manchester City are thought to be interested, though Arsene Wenger has said that any offer from Manuel Pellegrini’s side for his want-away right back would be considered as “illegal.”

Brendan Rodgers is equally keen on signing Sagna for free in the summer according to the ever reliable Gianluca Di Marzio. The Frenchman won’t be a bad signing though. He has few quality years left in him and would bring his wealth of experience to the side as well.

The 26-year-old winger is expected to leave Ligue 1 giants Paris Saint-Germain in the summer after failing to agree terms for a contract extension. Menez is linked with several European heavy weights including Liverpool.

“I’m at the end of my contract, and we haven’t been able to reach an agreement. So, it’s going to be difficult to stay,” he told Canal+.

“Menez will leave PSG.” according to his agent Jean-Pierre Bernès. He then entertains Atlético Madrid as his future possible destination, saying “For him (Menez) Atlético are a big club.

Rodgers could tempt him with regular opportunity and Champions League football next season, but Liverpool have other targets as well, so it remains to be seen, whether they at all show genuine interest in him or not. 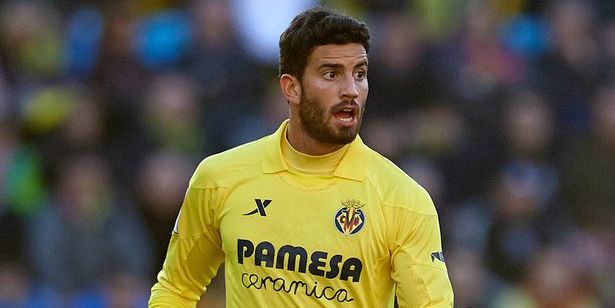 Mateo Musacchio, the Villarreal centre back will be a free agent in summer of 2014. Liverpool and Barcelona are both interested in signing the Argentine center-back according to the TuttoMercatoWeb.

Reports also suggest Barcelona will only sign him if they fail to sign Marquinhos or David Luiz. Gianluca Di Marzio suggests Fiorentina are also in the market to sign the young centre back.