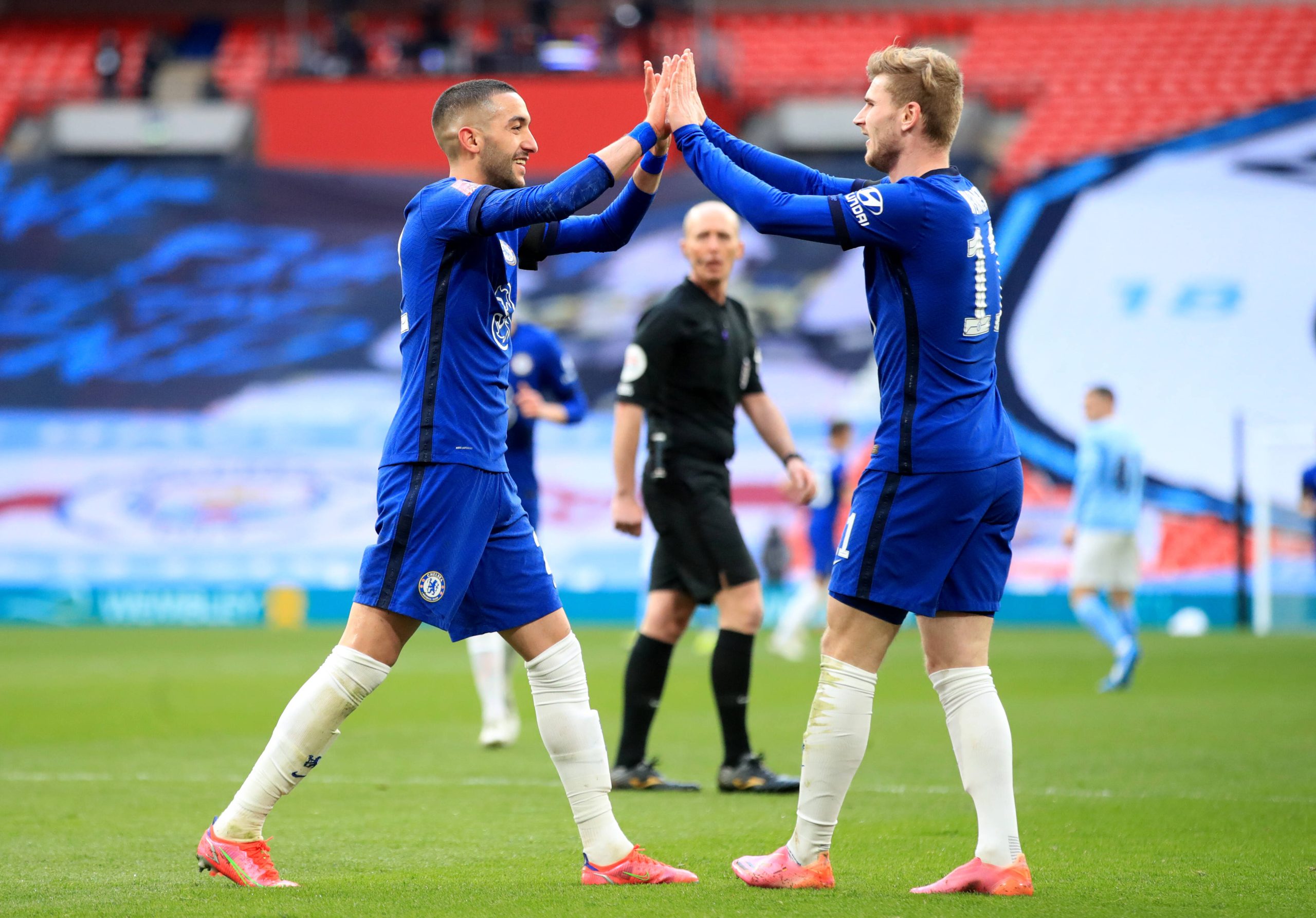 Chelsea manager Thomas Tuchel was impressed with Timo Werner and Hakim Ziyech as they combined to score the winning goal in the FA Cup semi-final against Manchester City.

Tuchel had recently gone with Mason Mount, Kai Havertz and Christian Pulisic as his three-man frontline, but made a surprise choice for yesterday’s game.

Werner and Ziyech were brought in for Pulisic and Havertz respectively, and they played a key role in the Blues’ progressing to a fourth FA Cup final in five seasons.

Within the fifth minute, Werner put the ball on the plate to Ziyech to find the back of the net, but the goal was chalked off as the German was offside.

However, they replicated the same in the 55th minute. Mount played a wonderful pass for Werner on the counter-attack. He laid the pass for Ziyech to convert into an open net.

Speaking after the match, Tuchel was impressed with the combination play from the duo alongside Mount and added that he wants consistency in future.

He told Chelseafc.com: “You can only win against City if you have everybody on top level, and the two guys were very good up front with their speed and acceleration, and also the impact that Mason had with the pass.”

“Timo and Hakim was the same line-up as against Liverpool where they were also very strong in an away game and a 1-0 victory, so I‘m happy.

“It has to be absolutely like this. Everybody who is on the pitch has to perform, and now is the moment in the season where we cannot drop one per cent. That’s the way we want it.”

The Blues will take on either Leicester City or Southampton in the FA Cup final next month and will be aiming to win their ninth title in the competition.

Their immediate focus will shift to the league encounter against Brighton & Hove Albion at Stamford Bridge on Tuesday night.

The Blues have an excellent chance to return to the top four after West Ham United’s 3-2 defeat at the hands of Newcastle United.

Tuchel has made some surprise tactical decisions, and it remains to be seen whether Werner and Havertz reclaim their starting spots.