The Sorcerer & The Apprentice: how Zlatan may be the best thing to happen to Marcus Rashford 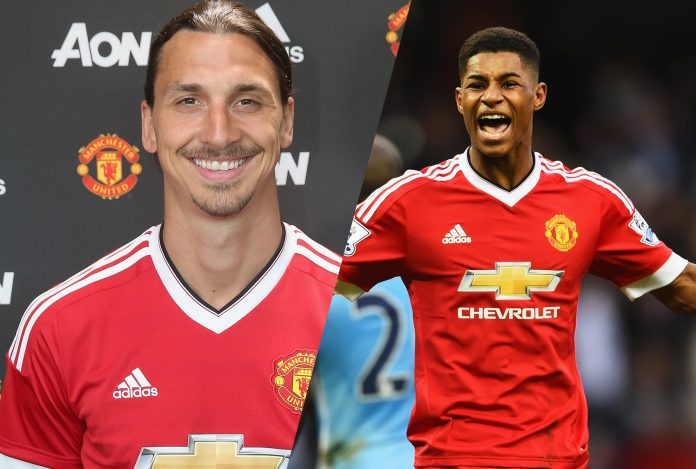 Cynics may have scoffed earlier last week when José Mourinho announced that the anointment of Zlatan Ibrahimovic as the new King of Old Trafford was a “gift” to last season’s Prince, Marcus Rashford. And scoff they might: a cursory glance at José’s CV tells anyone who cares to look that he’s not exactly been a friend to young talent down years, despite his protestations to the contrary. Always a man in a hurry, the former Chelsea boss doesn’t really do nurture, preferring his players to be fully formed from the wombs of other clubs than to do any of the heavy lifting of developing talent himself. He wants them battle tested, battle hardened, ready made, before he sends them out onto any footballing battlefield.

Zlatan, of course, is just such a player. Never afraid to speak his mind, Ibrahimovic is now on his eighth club in Manchester United. But no journeyman player he: delivering wherever he’s played, and with at least four of those clubs deciding if he’d stay or go, he is always his own main man. Never afraid to put himself about ‘Ibra’ has the kind of take no prisoners attitude that United have lacked since the days of Roy Keane. Understandable comparisons have been readily made to Eric Cantona in terms of his expected impact and influence on general play, but in terms of sheer aggression and physical power The Zlatan is much closer to Roy, and all the good and bad that comes with that. Just like the Irishman, when he snarls, he means it.

It’s easy to write in clichés about the 6foot 5 inch Swede. Born of migrant parents, brought up in Malmo’s toughest ghetto, the early life of petty crime. In his case though it’s all true. He’s openly speaks about stealing cars and running with the pack as a teen, almost quitting the game to work as a docker in Malmo’s shipyards. All very tough, all very working class. But here’s the crucial thing: he describes it all with no regrets. No shame. No embarrassment. He admits to enjoying it all and being clear that those experiences helped define him as a person. Forget pressure on the pitch: compared to a life of street crime ducking and diving to avoid rival gangs as well as the cops, football is easy street and its professional travails are as nothing by comparison.

And it’s here where perhaps Zlatan can most help young Rashford. Aside from the obvious in terms of on the pitch conduct, sharing his knowledge of the striker’s art and being the living embodiment of self belief, there’s a more subtle, perhaps barely visible ‘gift’ that Ibra can impart. Rashford grew up in Wythenshawe, Greater Manchester. Once home to the largest housing estate in Europe, the South Manchester suburb has long had a reputation as a difficult and indeed violent neighbourhood, so much so that in 2013 it was named as the violence capital of Manchester. Readers who remember the Channel 4 comedy drama Shameless will know it well: it served as the location of the exterior shots for the series after local youths ran the production team out of nearby West Gorton. Despite the best efforts of his mother to keep the younger Rashford on the straight and narrow, violence impacted their family when one of his step cousins was convicted of murder.

With such similar back stories and what already appears to be something of a mutual appreciation society developing, coupled with Rashford’s level headed, down to earth approach -although not many at the club would have appreciated this particular incident last season- perhaps he can avoid the fate of another United youth product and Wythenshawe born lad, Ravel Morrison. Thought a better player than Paul Pogba when they won the FA Youth Cup for United in 2011, Morrison was a man who just couldn’t shake off his environment. Despite his prodigious talents, life always got in Ravel’s way, and he embraced the bad boy lifestyle a bit too much for Sir Alex Ferguson’s liking. Despite showing flashes of occasional brilliance Morrison finds himself in exile at Lazio, struggling to get half a dozen games a season, the sub’s bench his new home from home.

Ibrahimovic has demonstrated over a distinguished 15 year career that it’s possible to have a difficult upbringing and still be a success on the pitch. A lesson sadly lost on Morrison but hopefully not on Rashford. United -and England- will be hoping the player can absorb the best of Zlatan, and leave behind the worst of Wythenshawe.