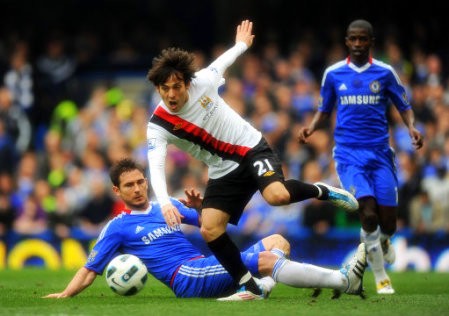 In any game of football luck is a key issue in the outcome; refereeing decisions, the bounce of the ball and a lick of paint all have the ability to make or break your team’s fortunes in a split second. However it is no coincidence that Manchester City are top of the English Premier League and Wigan Athletic are bottom – the numbers just do not lie.

To prove Mario Balotelli’s contribution to the league leaders, or Antolin Alcaraz’s impotence in the Latics rearguard just look for the soccer stats, which are clearly, accurately and concisely documented at WhoScored.com.

So in Roberto Mancini’s team of superstars, who is the most important player? Based on goals scored, assists and player ratings, David Silva tops the list of City’s multi-million pound side. The Spain international may have had an off day against England at Wembley on Saturday, but for the Citizens it is a different story.

WhoScored.com details that the ex-Valencia playmaker has an average rating of 8.16 for the Etihad Stadium outfit this term, higher than the remainder of his team-mates and everyone else in the English top flight.

Frank Lampard scored the all important goal for Fabio Capello’s men at the weekend, but doubts have been raised over the veteran midfielder’s importance to Chelsea. Andre Villas Boas has adopted a more thorough squad rotation system since taking over in the Stamford Bridge hot-seat in the summer, with Lampard not the automatic selection of previous coaches.

However, the Blues’ boss merely has to look at the facts to establish Lampard’s importance to the London club; Super Frank is rated highest of all Chelsea players so far this season through average rating, has chipped in with six goals and four assists and has completed 88% of his passes. A rumoured January transfer to the MLS may have to be put on the back-burner as Lampard will be integral in Chelsea’s bid to wrestle the title away from the Manchester clubs.

After England’s win over the world champions, much was made of Scott Parker’s man-of-the-match performance in breaking up the Spanish playmaking abilities. The former West Ham man’s battling qualities extend to his outings with Tottenham; Parker averages the most tackles per game in the division – winning the ball on average 5.9 times per match.

Parker has received applause from boss Harry Redknapp, and rightly so; the summer signing makes 2.8 interceptions per game and completes 1.8 clearances every time he steps foot on the pitch.

So the next time you find yourself in an argument over the reason behind your team’s 3-0 defeat, the values of your ageing full back or whether the European summer signing has been a success or not, firstly look to the facts. WhoScored.com updates stats after every game across England and in the continent; being a football nerd is the new cool.