India
Home News the 2009 u 21 european championship in sweden

The 2009 European Under-21 Championship will take place in Sweden from 15 June to 29 June. While it’s expected to be overshadowed in press coverage by the dress rehearsal for the 2010 World Cup in South Africa, the U21 Euro 2009 still promises to be a showcase of quality football and a chance for European football fans to evaluate the young stars of tomorrow (be it for their clubs or national teams).

The European Under-21 Championship has existed since 1972 (played as the Under-23 Championship for the 72, 74 and 76 tournaments) and the two-year format provides young footballers with exposure to regular international football (thanks to the lengthy qualification process) – making it easier for the best young players to transition into the senior national team.

This year’s U21 Euros will see a host of talented young footballers from Spain, Germany, Italy and England take the field, with several of them already regular starters for their respective clubs. 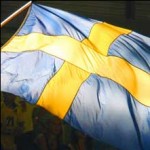 The following venues have been chosen to hold the final tournament matches:

The selection of venues for the U21 Euro 2009 tournament brought to the fore the commercial aspect of sponsorship for the game, with Borås Arena being disqualified from hosting games during the tournament because the hamburger chain Max refused to close their restaurant at the stadium during the tournament (Max are not an official UEFA sponsor).

There is a contract between UEFA and the city and between UEFA and its sponsors saying that the UEFA sponsors shall have monopoly around the arena. A city cannot force Max to close down even if it happened to sign a contract with someone saying so, as Max have a tenancy agreement with the city.

Subsequently the Swedish FA nominated Örjans Vall in Halmstad as a replacement venue for Borås Arena. They officially became the fourth host city a few days later and were awarded the three group stage games that were to be hosted by Borås Arena, while the second semi-final was moved from Borås to Helsingborg and Olympia.

And then there are naming rights issues. The Swedbank Stadion will be referred to as Malmö New Stadium during the tournament, as Swedbank – which owns the naming rights to the stadium – are not official UEFA sponsors.