Higuain was thought to be Juventus’ main transfer target for the summer but he’s now hinted towards a move to London, which could mean the Italian club have switched their focus to another target. Higuain told reporters:

“There have already been offers and I hope that Madrid do the best for me and themselves. Arsenal? They would suit me, I’m still young and I have goals.”

Tevez’s departure to Juventus would eliminate them as a rival for Higuain in the eyes of Arsene Wenger, who would subsequently be free to put together a high profile deal to bring the Argentinian to the Emirates Stadium.

There is a good chance that deal will happen because Tevez seems to have been at odds with English football ever since that night in Germany against Bayern Munich in the 2011/2012 Champions League where he refused to warm up as a substitute with Manchester City 2-0 down.

Then manager Roberto Mancini said after that game that Tevez was finished and the incident was followed by a failed attempt to move to another Serie A giant in AC Milan.

Tevez also doesn’t seem to have changed his opinion on England but more specifically Manchester, which is a city he has not been complimentary about in the past. Carlos Tevez said on an Argentinian chat show back in June 2011:

“I’m never going back to Manchester, not even on holiday, not for anything – Manchester has nothing.”

It all points towards the fact he will snap up the first opportunity to leave Manchester, after a brief reconciliation to start a new adventure and to move away from a city he more than likely still has resentment towards. 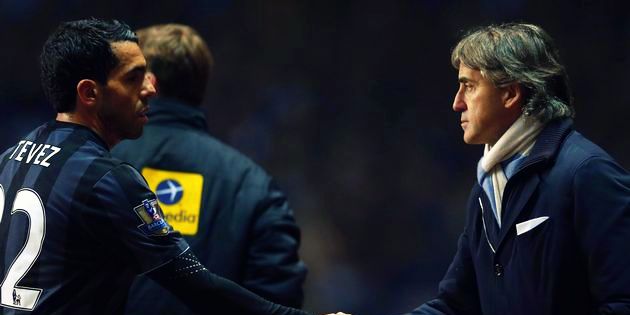 Real Madrid have also confirmed that there has been no official approach for Gonzalo Higuain from Juventus, which means if Arsenal act quickly and do everything above board, they hold the advantage over Higuain’s future. Addressing the Juve speculation, Real Madrid president Florentino Perez said:

“We have never received an offer for him.”

Of course that doesn’t mean that Juve haven’t already been talking to the striker, because tapping up and unofficial talks are common place in modern professional football.

Juventus have the chance to sign someone who would jump at the chance to leave England for Italy over a player they may have to compete hard for, becoming involved in a bidding war and generally a lot of upheaval.

Arsenal have everything in place to secure the signing of Higuain and he’s suggested he would be willing to join the club. They have the means, they have the manager and they have the Champions League football.

If the Tevez to Juventus rumours are complete fabrication then Juventus may take a much more serious look at signing Higuain, which is undoubtedly bad news for the Gunners.

For more transfer stories and news, take a look at the latest Premier League and Serie A transfers.