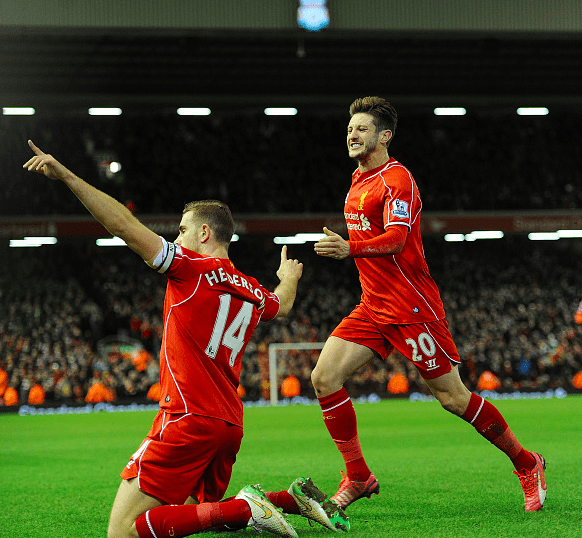 Liverpool recorded their eighth win in nine Premier League games to move back within two points of fourth place and Manchester United whom they host next weekend.

Jordan Henderson scored a somewhat fortuitous goal midway through the second half which proved to be the winner.

Swansea had dominated the first half but didn’t have anything to show for it. The two most difficult saves for Liverpool goalkeeper Simon Mignolet came from 20-yard efforts.

The Belgian goalkeeper has now kept seven clean sheets in his last nine Premier League games and gone nine hours away from home without conceding a single goal.

Here are the major talking points from tonight’s game at the Liberty Stadium:

1. Simon Mignolet is back to his best

The Belgian goalkeeper was dropped after a string of disappointing performances at the end of 2014. He didn’t have to wait long to get back into the team though as Brad Jones picked up an injury two games and 15 minutes later.

Since returning to the side, Simon Mignolet is unbeaten in all 12 Premier League games, conceding only six goals and keeping eight clean sheets. He made two fine saves to deny Bafétimbi Gomis and Gylfi Sigurðsson at 0-0 in the first half.

Steven Gerrard returned to action this evening after a couple of weeks out through injury. The club captain entered the field early in the second half as a replacement for Alberto Moreno.

In his absence, Jordan Henderson has certainly found his form moving back into the centre of midfield. The England international may have been fortunate with his goal but that was his third in as many Premier League games, and all from outside the penalty area. He also puts in an energetic display and often winning the ball back from the opposition, although that wasn’t the case this evening.

3. Adam Lallana is not a wingback

One weak point in this Liverpool side right now is the wingback role. Brendan Rodgers has tested a number of players on the right-hand side this season with little success. Adam Lallana started there this evening but barely lasted 15 minutes before switching with Raheem Sterling to play a more advanced role.

Adam Lallana didn’t make many advances of forward passes in that role before switching over to the left shortly after half-time when Steven Gerrard replaced Alberto Moreno.

Manchester United fans were certainly gleaming after Sunday’s 3-0 thrashing of Tottenham Hotspur but make no mistake about it, Liverpool are the favourites for Sunday’s heavyweight clash at Anfield.

The bookmakers have the home side as the favourites as does the form guide where Liverpool are unbeaten in 13 Premier League games now… albeit dating back to when Manchester United thrashed them 3-0 at Old Trafford.